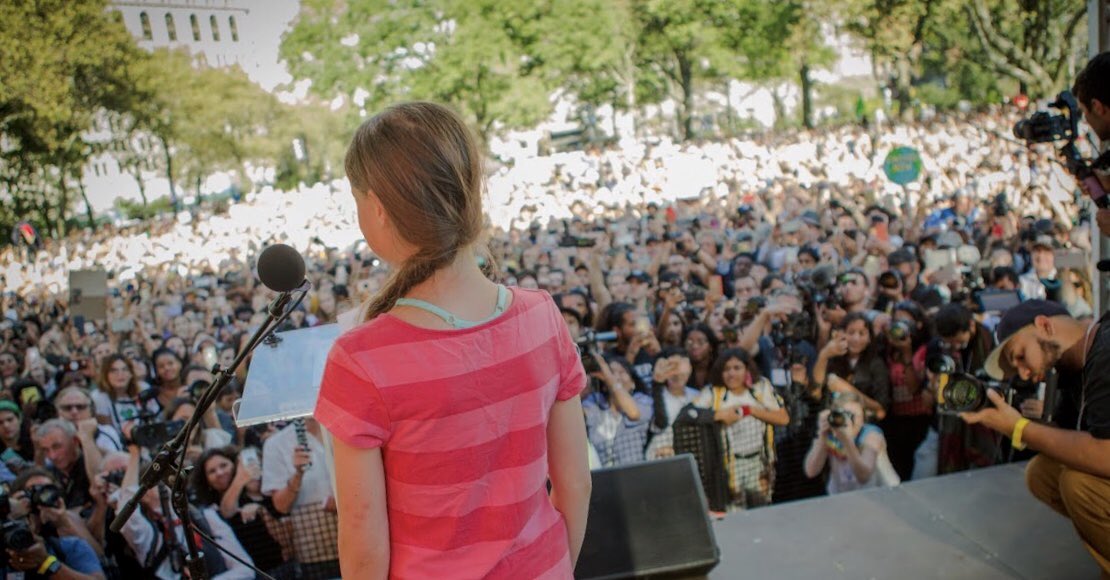 In her address to the United Nations, Greta Thunberg charged adults with unforgivable moral failure. By failing to enact real change that will reverse global warming trends, grown-ups, she said, have “stolen my dreams and childhood.”

With this accusation still ringing in our ears, many of us, and maybe parents especially, are asking: who is actually morally responsible for averting catastrophic climate change?

The message from the striking school children is: we all do. In ethical terms, theirs is a forward-looking account of moral responsibility, not a backward-looking one. What matters most, they say, is not that leaders communicate their concern about global warming or apologize for past and present fossil-fuel-intensive policies.

Instead, what matters is that concerted actions be taken now to dramatically reduce carbon emissions from fossil fuels and to chart the path forward to a net zero-emission future. It is our shared political responsibility, they say, to urgently demand the policy changes needed to slow the rate of global warming and protect the planet’s ecosystems.

This call to collective moral and political responsibility is exactly right. As individuals, we can all be held accountable for helping to stop the undeniable environmental harms around us and the catastrophic threat posed by rising levels of CO2 and other greenhouse gases. Those of us with a degree of privilege and influence have an even greater responsibility to assist and advocate on behalf of those most vulnerable to the effects of global warming.

This group includes children everywhere whose futures are uncertain at best, terrifying at worst. It also includes those who are already suffering from severe weather events and rising water levels caused by global warming, and communities dispossessed by fossil fuel extraction. Indigenous peoples around the globe whose lands and water systems are being confiscated and polluted in the search for ever more sources of oil, gas and coal are owed our support and assistance. So are marginalized communities displaced by mountaintop removal and destructive dam energy projects, climate refugees and many others.

The message of climate activists is that we can’t fulfil our responsibilities simply by making green choices as consumers or expressing support for their cause. The late American political philosopher Iris Young thought that we could only discharge our “political responsibility for injustice,” as she put it, through collective political action.

The interests of the powerful, she warned, conflict with the political responsibility to take actions that challenge the status quo — but which are necessary to reverse injustices.

As the striking school children and older climate activists everywhere have repeatedly pointed out, political leaders have so far failed to enact the carbon emissions reduction policies that are so desperately needed. Despite UN Secretary General António Guterres’ sombre words of warning at the Climate Action Summit, the UN is largely powerless in the face of governments that refuse to enact meaningful carbon-reducing policies, such as China and the U.S.

Like social movements before them, the striking school children recognize that our leaders cannot be relied upon to change unsustainable policies in the key sectors of energy, transportation and housing. Only massive public pressure can cause them to do so — and this requires collective political action of the kind we’ve seen during the week of global protests.

Too little, too late?

The oil, gas and coal lobbies are powerful opponents that have the ear of politicians in the top polluting countries. Canada, which ranks as the world’s sixth largest energy consumer, is no exception. While the Greenhouse Gas Pollution Pricing Act passed in 2018 follows the fee-and-dividend approach that climate change scientists and economists have called for, its future is precarious — especially in this election year.

And it may be too little too late. Canada’s emissions in 2018 were seven per cent higher than in 1997, the year in which we signed the Kyoto Protocol. It will take aggressive action to reach net zero greenhouse gas emissions by 2050 at the latest — the goal that climate change scientists say we must achieve.

The massive turnout for climate action demonstrations around the world may not be in vain. The federal Liberals have announced they will commit to the 2050 net zero-emissions target if they are re-elected.

But meeting this target will require a dramatic reduction in our reliance on fossil fuels and accelerated investment in alternative, clean energy sources and infrastructure. This would most certainly require reversing plans for a Trans Mountain Pipeline, for starters. Given the formidable opponents — the oil, gas and coal industries — the kids are right that we all need to step up to our collective political responsibility if we are to achieve what’s needed to stop climate change.