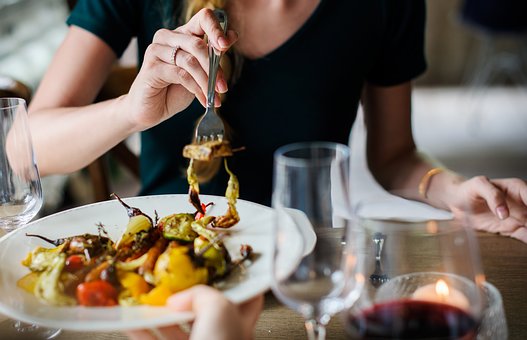 Developing the policy had been one of the ministry’s stated commitments since 2015, when Justin Trudeau’s cabinet was first sworn in, and in the final days of the government’s mandate in 2019, it delivered on this important promise.

The food policy itself notes that Canadian foods lead the world in terms of quality and safety, and that our food sector is one of Canada’s economic powerhouses, accounting for an eighth of Canadian jobs.

But problems exist. Too much of our population cannot access healthy food on a reliable basis, while $50 billion of food, or 11 million metric tonnes, is wasted annually in our country.

The food policy, therefore, aims to bolster the economic impact of the agri-food sector while tackling issues like waste and childhood hunger.

Building on a consultation with approximately 45,000 Canadians through a series of regional town halls, a major summit, and an online survey, the government has decided to invest $134 million in this area.

Included is a local food infrastructure fund worth $50 million that will support community-led projects to drive access to safe, culturally diverse and healthy food.

There will also be a campaign to increase both pride and awareness in Canadian food. And there will be initiatives to tackle food insecurity in Northern and isolated communities, and a “challenge fund” that will fund strategies to reduce food waste. Overall, this is an impressive list of commitments, and while the funding allocated to this project is modest(and amounts to just $4 per Canadian), this represents an important moment for the country.

A centrepiece of the policy is a new Canadian Food Policy Advisory Council. The council will bring together expertise from beyond government and act to inform future developments regarding food and food policy.

The creation of this council is particularly important. For too long, food has fallen between ministerial portfolios. This is because food-related issues are too varied to be encompassed by any single minister’s mandate.

For instance, healthy food is an obviously component of the minister of health’s mandate. But so too is food a function of Agriculture and Agri-food Canada.

Food, and the food industry, are intrinsic to Canada’s economic development and so touch on trade policy. And with the rapid development of novel digital agri-food technologies, ministers responsible for innovation, science and technology are also keenly interested in food.

Until now, however, there has been no single place for food-related policies to be debated, contentious issues discussed and evidence-based advice provided to government. As a result, this new advisory council, which will bring together stakeholders and experts, is critical to ensuring that food policy receives the attention it deserves in the long term.

It’s particularly noteworthy that the council will include members from industry, health professionals, academics, nonprofit organizations and Indigenous groups, and will be open to provincial and territorial participation.

While populating this council will be difficult, stakeholders from across the political spectrum have lauded the government for this announcement. The executive director of Food Secure Canada, Gisèle Yasmeen, welcomed the announcement, noting:

“We are pleased that a Council drawn from across non-profit organizations, academia, health professionals, Indigenous organizations and agriculture and food industries will help to steer the implementation of the policy.”

The Canadian Federation of Agriculture, an organization formed in 1935 to provide a unified voice on behalf of all Canadian farmers, was similar in its praise. Mary Robinson, the president of the CFA, noted that food is affected by a variety of factors that are rarely in the spotlight and that the food policy can help “…organize this puzzle and help fit the pieces together.”

Meanwhile, Michael McCain, CEO of Maple Leaf Foods and the honorary chair of the Maple Leaf Centre for Action on Food Security, noted:

“The commitments reflected in the Food Policy for Canada will play an important role in making nutritious, sustainably produced food accessible for all Canadians. We are greatly encouraged that the policy includes the establishment of a Food Policy Advisory Council that recognizes the need for collaboration across industry, civil society and government to implement the vision and goals of the policy.”

While it remains to be seen exactly how the food policy, and the council, will operate, the announcement is a tremendously important step in ensuring that food — intrinsic to our economic, environmental, social and biological health — is given the attention it deserves.