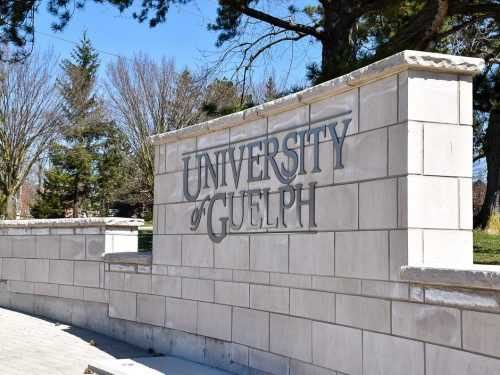 “An unbelievable catalyst”: That’s how Prof. Evan Fraser describes this week’s news that a Guelph-Wellington bid including the University of Guelph has won a $10-million award in the federal government’s Smart Cities Challenge.

The local bid was announced Tuesday as first place in its category at an Ottawa event attended by city officials, including Mayor Cam Guthrie.

Called Our Food Future, the bid brings together U of G, local governments, Conestoga College and businesses and organizations to create a circular food economy intended to improve food security, reduce food waste and spark development of new businesses and collaborations.

President Franco Vaccarino said the winning bid demonstrates the power of connecting community groups from around the city, including “Canada’s food university.”

“The Smart Cities Challenge is a great example of what can happen when people come together on a great idea,” said Vaccarino. “The University, city, county and community are working for a common cause: to create Canada’s first circular economy.”

University representatives from various campus units have worked with city officials on the bid for about 18 months, said Fraser, director of U of G’s Arrell Food Institute and holder of the Canada Research Chair in Global Food Security.

He said discussions so far have ranged from ideas about how to collect and use data to reduce food waste at curbside collection to developing ways to involve students in food topics through courses and experiential learning opportunities.

“It’s an exciting moment for the University, the city and the county,” said Fraser.

He said the project is a perfect example of connecting university research and teaching with local needs.

“If we want to fulfill our mission of improving life, we have to be engaging in a fulsome way with real-world governance and policy-making, and bring our expertise to bear on real-world problems,” he said, adding that the local project will provide a food economy template for other cities. “This project creates that structure.”