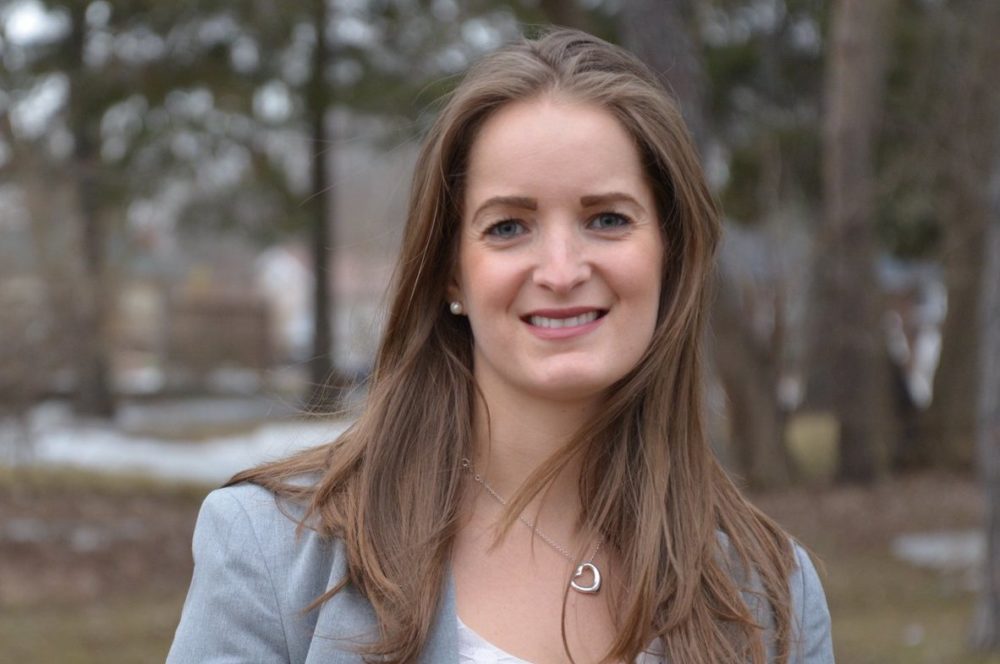 Finding ways to keep non-urban women safe from intimate partner violence is the research goal of Danielle Bader, a University of Guelph student who has reached the finals of the annual Storytellers challenge run by the Social Sciences and Humanities Research Council (SSHRC).

This communications contest run by the federal granting agency challenges post-secondary students from Canada to discuss social science research that is changing lives – all in three minutes or 300 words.

Bader, a sociology PhD candidate, was selected among the top 25 finalists for 2019. She will compete in the finals in early June at the 2019 Congress of the Humanities and Social Sciences in Vancouver.

Called “Not Just Another Saturday Night,” Bader’s presentation discusses her studies of how to use safety planning to reduce the risk of violence experienced by non-urban women.

Indigenous women, who make up a larger percentage of non-urban communities, particularly need help, she said. Between 2001 and 2015, Indigenous women were six times more likely to be killed by their intimate partners than non-Indigenous women.

Bader’s research is supported by the Canadian Domestic Homicide Prevention Initiative with Vulnerable Populations, funded by a SSHRC Partnership Grant.

The initiative is run by Prof. Myrna Dawson, director of the Centre for the Study of Social and Legal Response to Violence and holder of the Canada Research Chair in Public Policy in Criminal Justice.

The initiative’s inaugural report made national headlines last fall with its finding that 476 people in Canada were killed through domestic violence – 76 per cent of them women and at least 53 per cent representing vulnerable populations, including people living in rural or remote areas.