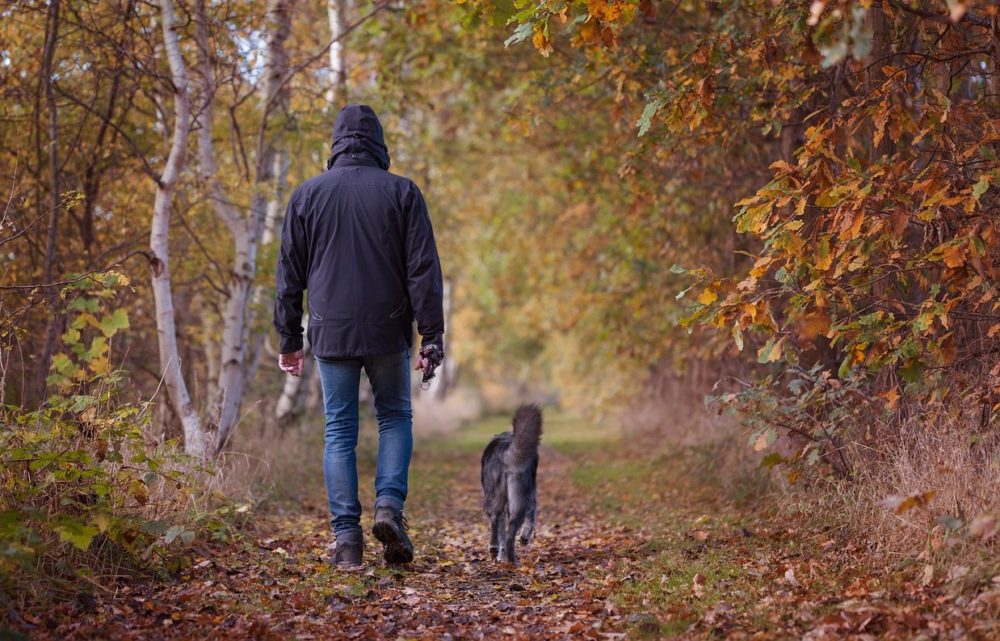 A tapeworm that can infect dogs and humans and lead to potentially fatal illness is now widespread in southern Ontario, new work by Ontario Veterinary College (OVC) researchers at the University of Guelph has revealed.

The researchers found the Echinococcus multilocularis tapeworm in nearly one in four coyotes and foxes they tested in southern Ontario, suggesting the potentially dangerous parasite is now well established in the region.

The results of the study by Prof. Andrew Peregrine, PhD student Jonathon Kotwa and a team from OVC’s Department of Pathobiology appear in the February edition of the U.S. Centers for Disease Control’s Emerging Infectious Diseases journal.

The research grabbed media attention with stories from CTVNews.ca as well as CBC News, the Waterloo Record and more.

E. multilocularisis spread by coyotes and foxes that eat infected rodents, such as field mice. The wild animals don’t become sick, but dogs that consume coyote or fox stools that contain parasite eggs can develop a severe infection called alveolar echinococcosis, or AE.

What’s more, dogs that eat infected rodents don’t appear ill but can pass the infection via eggs in their stools to humans, who are also at risk of developing AE.

In humans, AE progresses slowly over several years and causes tumour-like lesions in the body, usually in the liver. Treatment can be complicated and expensive, typically requiring surgery and drug therapy. If left untreated, AE will spread to other organs and eventually become fatal.

Until recently, Ontario was thought to be free of E. multilocularis, which has historically been mostly confined to the Prairies. But these new findings suggest the tapeworm has been in southern Ontario for some time.

To conduct their study, the research team collected over two winters the carcasses of 460 foxes and coyotes, which belong to the wild canid family, and examined their intestines.  They found 23 per cent of them were positive for E. multilocularis.

Though infected canids were found across southern Ontario, the team noted a large infection cluster spanning southwestern Ontario between Greater Toronto and the Niagara Region – a densely populated area with a high dog population.

Findings should serve as warning to dog owners 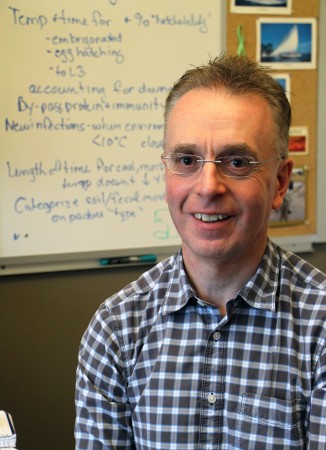 E. multilocularis was first identified in southern Ontario in 2012 in five sick dogs in the Golden Horseshoe area, as well as in three privately owned lemurs, at the western end of Lake Ontario. Peregrine and his team expected to find infected wild canids in the same area where the sick dogs were diagnosed, but instead found cases in almost every region of southern Ontario — from Windsor to Ottawa.

“Now we know that it’s right across southern Ontario, with the highest prevalence in wild canids in the Golden Horseshoe area and along the northern shore of Lake Erie,” Peregrine said.

“This was surprising to us, because eastern and southwestern Ontario are far outside the previously known distribution.”

The findings should serve as a warning to dog owners in the region, particularly those whose dogs are known to eat rodents or that often come into contact with the feces of wild canids, such as coyotes.

“We know now that if the parasite is in foxes and coyotes, it’s almost certainly in rodents in the same area. So in any of the areas of highest risk, if your dog eats rodents, they are at risk of developing an intestinal infection and shedding eggs in their feces that could infect people,” said Peregrine.

A deworming drug, praziquantel, will stop infected dogs from shedding eggs and reduce the risk of spreading the infection to their owners. Consistent with other parts of the world that have this parasite, Peregrine and his team encourage vets to recommend monthly treatment with praziquantel for dogs at highest risk.

While the risk to humans is relatively low, several human cases in Canada over the past five years appear to have been locally acquired.

Hunters, trappers and others who have contact with coyotes, foxes and their stools are at highest risk, Peregrine said, which is why he advises always using gloves when handling any wild canid, dead or alive.

Dog owners, too, particularly if their dog hunts, should take precautions by washing hands after handling poop or after petting their fur, particularly near their rear ends where the eggs are shed.

“You can also greatly reduce your risk by not letting your dog into your bed because you can come into contact with eggs shed onto the bed,” he advised.

Until recently, E. multilocularis was not reportable in Canada, making it almost impossible to track animal or human cases. But last year, thanks in part to the research from Peregrine’s team, Ontario became the first province to require both physicians and vets to report all human and animal cases to appropriate public health authorities.