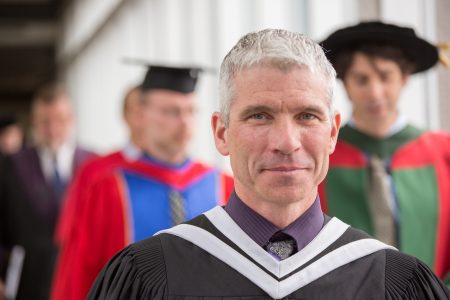 Could the massive university admissions scandal making headlines in the U.S. happen in Ontario? That’s what University of Guelph registrar Ray Darling was asked in a recent CTV Kitchener report.

Darling said what’s occurring south of the border could not happen in Ontario because the admission process here is much different.

Darling said Ontario universities are largely public, not private, institutions, and he noted that university athletics departments here have less money to offer in scholarships or financial awards than U.S. schools.

Darling became the University of Guelph’s registrar in 2017. He has more than 25 years of experience in post-secondary education, including a long history with U of G.

Darling completed an MA in political science at Guelph, competed as a Gryphon athlete, taught here as a sessional instructor and served as associate registrar (admissions).