Fostering gender equity and helping women and girls excel in sports is the driving force behind She’s Got Game, a new initiative launched today by the University of Guelph Department of Athletics.

She’s Got Game is intended to assist girls and women to acquire the tools they need to succeed on and off the field of play. It will engage the broader community, inform policy and raise funds to support scholarships and programs, said director of athletics Scott McRoberts.

“The University of Guelph has a long history of offering a thriving women’s athletics program,” said McRoberts. “She’s Got Game is the next step in continuing and building on that legacy, one created by so many amazing women who were influential athletes, coaches or staff members over the decades.”

The initiative has a goal of raising $2.5 million, which will be used to support the Guelph Gryphons female athletics program and the development of young athletes to succeed in all areas. To date, $750,000 has been raised. The campaign has received $225,000 worth of funding from the University to be used over the next three years to enhance the women’s athletics program.

Two-time Olympic gold medallist and Hockey Night in Canada broadcaster Cassie Campbell-Pascall believes it is time for universities to devote the same resources and efforts to women’s athletic programs as to men’s programs. The former Gryphon women’s hockey player is proud that her alma mater is taking equity seriously. 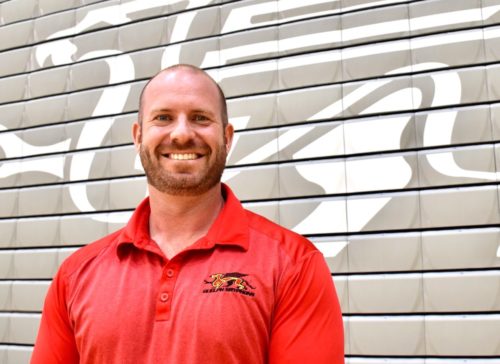 “The University of Guelph was a leader in female sports many, many years ago, and they’ve just enhanced that leadership as they continued to grow,” said Campbell-Pascall. “They have supported female athletics. When I was here, it wasn’t just women’s hockey – the women’s soccer team and women’s basketball team were great. They really were inclusive.”

She’s Got Game will influence the way donors give and where funds are allocated, she added, and will help promote equity in male and female sports.

McRoberts said U of G Athletics wants to be a role model for the entire University community, the wider community and the country. Through She’s Got Game, he said, the department hopes “to build the finest women’s athletics programs in Canada, attract the best and brightest female student athletes and foster gender equity as we develop world-class athletes, world-class scholars and world-class citizens.”

“We have seen first-hand the impact that influential female athletes can have,” McRoberts said. “She’s Got Game will bring that to another level.”

Participation in athletics has been shown to foster invaluable life and leadership skills that student athletes take into competition and into their lives beyond university, he added.

The Department of Athletics has developed new policies to ensure equity in coaching compensation and has mandated that all female athletes and teams have the same support and access to services as their male counterparts.

“Opportunities for women in sport decrease after the completion of high school, so university athletics plays a critical role in encouraging women to continue competing at a high level,” said Charlotte Yates, provost and vice-president (academic).

“She’s Got Game will assist in facilitating more opportunities by providing the resources for Gryphon athletes to excel in their chosen sport while also being role models for young girls, who can see what can be accomplished through hard work and dedication,” Yates said.

Visit www.shesgotgame.ca to learn more about the initiative.