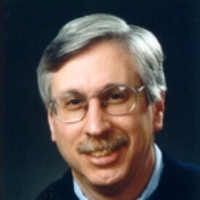 Prof. Andrew Winston was interviewed for an Aug. 25 Associated Press story claiming that a university in the U.S. has been accepting research funding from a foundation known for its promotion of research linking race and intelligence.

The story claims that a psychology professor used grant money from the organization to travel to a conference that has included eugenics-themed presentations. The article ran in the National Post, Daily Mail and Yahoo News.

Winston, a psychology professor at U of G, said it’s unacceptable for universities to accept funding from organizations widely known for promoting racist, extremist groups and research. He said while schools must uphold academic freedom, they also have an obligation to promote human rights, equality and diversity.

Winston studies extreme politics, use of psychology by neo-Nazi groups and scientific racism in psychology.