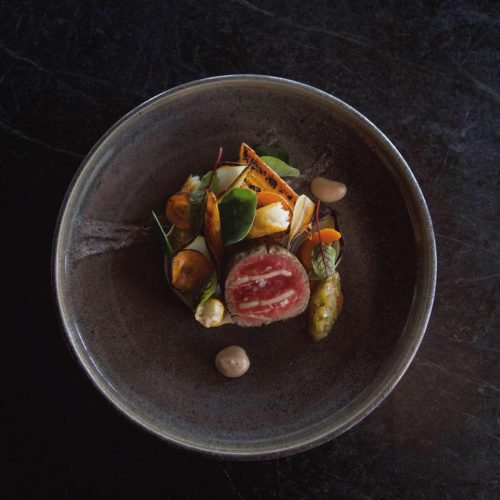 University of Guelph student Dylan Sher will launch his documentary film Before the Plate, which explores food, agriculture and society, on Aug. 5 in Toronto.

The film’s premiere will coincide with Food Day Canada, an annual celebration of Canadian ingredients, recipes and food production.

Before the Plate follows food staples of the Canadian diet from the farm to harvest and processing to the final product prepared in one of Toronto’s most prestigious restaurants in order to help urban consumers understand how their food arrives on their plates.

“There are a lot of misconceptions about agriculture held by people who have never been on a farm,” said Sher, a fourth-year student in U of G’s food and agricultural business program. “Before the Plate follows young farmers and industry experts in order to show the general population what a modern Canadian farm operation looks like and answer the most pressing questions consumers have about their food. I hope people come away with a broader understanding of how our food comes to be.”

Sher, who grew up in Toronto, said he was always interested in agriculture but had an urban understanding of what it meant to farm.

His idea to create a film documenting Canadian food production was sparked when he began working on farms while studying at U of G.

To make the feature-length documentary, he began raising funds through a Kickstarter campaign in 2016 and, soon after, enlisted the help of the director Sagi Kahane-Rapport. 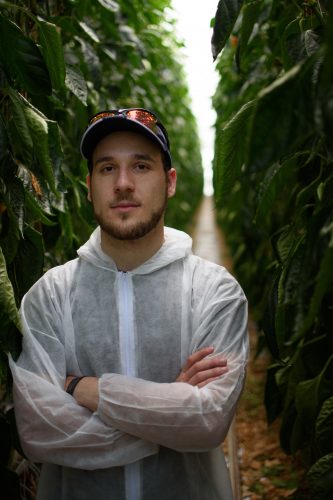 Sher said almost everyone in the film has a U of G connection, and many of the farmers featured are graduates of the University.

U of G president Franco Vaccarino will discuss the film’s significance during its sold-out launch at Toronto’s Isabel Bader Theatre.

Sher and Kahane-Rapport have submitted their film to the Toronto International Film Festival, and said the greatest measure of success will be sharing their message as broadly as possible.

“This is really a pride piece,” said Sher. “Canadians have a lot to be proud of in terms of how our food is produced. And today with the whole ‘buy Canadian’ theme, the message is more important than ever.”

The push to buy Canadian is also the focus of this year’s Food Day Canada on Aug. 4.

The nation-wide food celebration was founded by U of G food laureate Anita Stewart in 2003 when the Canada-U.S. border was closed to exports of Canadian beef. In response, Stewart organized the World’s Longest Barbecue, with Canadians grilling Canadian beef to show their support. Since then, numerous Food Day Canada events have attracted many renowned Canadian chefs. This year’s focus is on culinary sovereignty, and Stewart’s motto is to cook like a Canadian, eat like a Canadian and shop like a Canadian.

“Together we’re putting Canada not only ‘On the Plate’ but on the menu for all Canadians,” said Stewart, president of Food Day Canada.

To be placed on the waitlist for tickets to the premiere, contact the filmmakers through their website: https://www.beforetheplate.com/