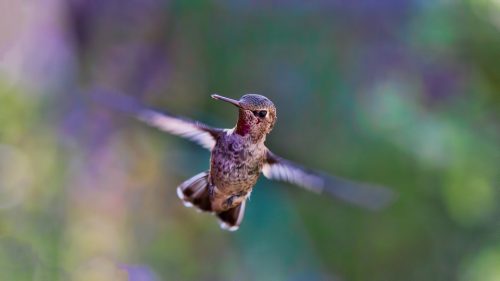 Those birds migrating back to Canada this spring are travelling light in DNA baggage, but they pack plenty of brainpower.

Now, a new paper by a University of Guelph genome scientist may add more weight to explanations of bird smarts, including the evolution of flight.

“Bird brains are small, but they have the same number of neurons as the average primate,” said Prof. Ryan Gregory, Department of Integrative Biology. “Contrary to the idea of ‘bird brains,’ they’re actually pretty bright.”

In a study published this month in the Canadian Journal of Zoology, he found that birds with smaller genomes have more neurons crammed into the same brain mass than those with larger genomes.

Pack neurons more densely, and you promote more neuronal connections, a key factor in intelligence. “At the cell level, that tells us about how complex brains evolve and how we get complex behaviour,” said Gregory.

He said those interconnections might help explain traits such as birds’ social behaviour, occasional tool use and problem-solving, flight and migration, and song patterns. 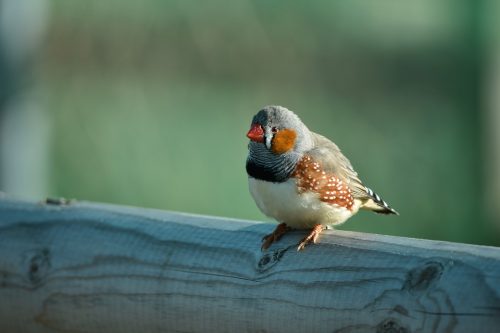 The zebra finch brain weighs only about half a gram but contains about three times as many cells per gram of tissue as in emus. (Pixabay)

Gregory studies variations in genome size, or the amount of genetic material carried by different creatures in each of their cells.

“Birds have the smallest genome size among land vertebrates,” he said.

For his new study, Gregory compared brain cell density for 28 bird species reported by Czech researchers in a 2016 paper with his own database of collected genome sizes for the same birds.

Flightless emus, the largest birds in the study, have relatively large genomes. Their brains weigh about 22 grams but contain only about 130 million brain cells per gram.

Genomes of zebra finches, popular among pet owners, are much smaller than those of other birds in the study. The zebra finch brain weighs only about half a gram but contains about three times as many cells per gram of tissue as in emus.

That brain-genome size correlation wasn’t so surprising to Gregory, but he says, “I was surprised it was as strong as it was.” 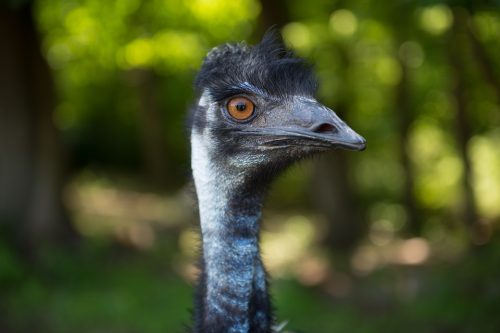 Flightless emus, the largest birds in the study, have relatively large genomes. Their brains weigh about 22 grams but contain only about 130 million brain cells per gram. (Pixabay)

Flight requires high metabolism, including efficient exchange of oxygen and carbon dioxide in and out of cells. Optimum gas exchange happens in smaller cells with lots of surface area.

That favours smaller cellular components including streamlined genomes with fewer base repetitions and other dispensable components.

Gregory said genomes and neurons likely began changing in pre-avian dinosaurs along with the development of flight features such as feathers and skeletal modifications.

Fossil studies suggest that avian ancestors had smaller genomes than other dinosaurs, although their genomes were still larger than those of modern birds.

“That might have helped in the evolution of flight.” 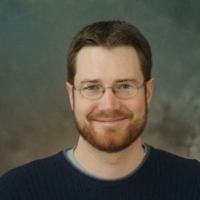