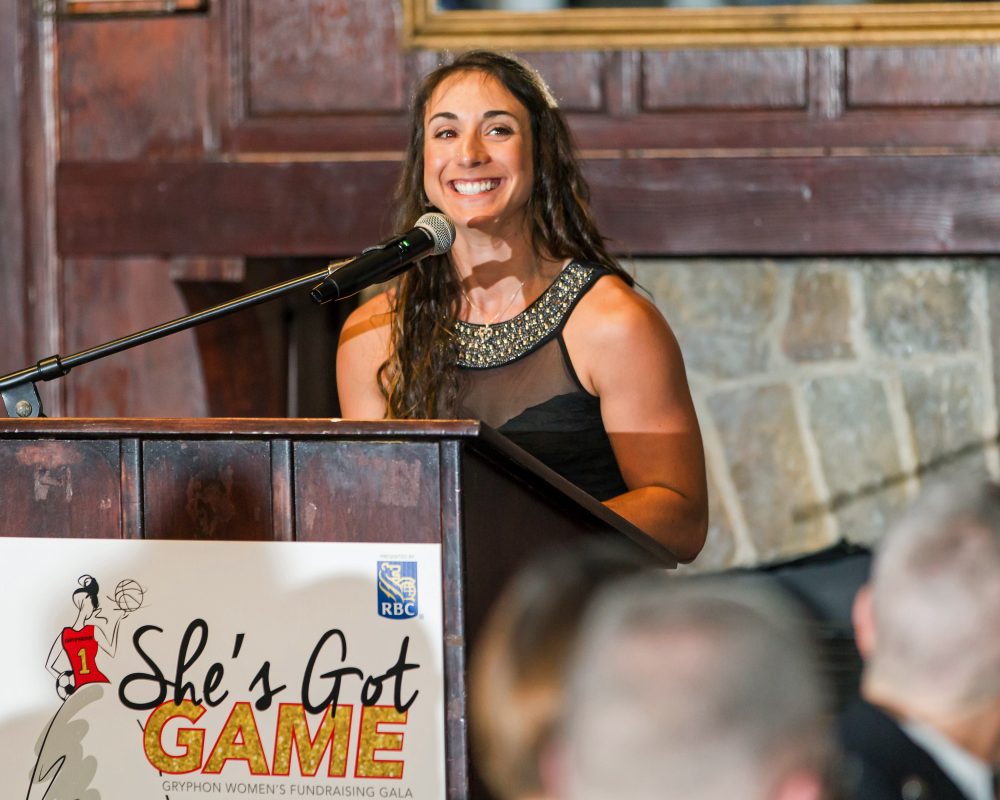 U of G’s female varsity athletes will have access to a total of $250,000 in new scholarship funding over the next three years, announced during last month’s She’s Got Game gala.

“I would call it a historic night,” said Scott McRoberts, director of athletics.

“The fact that we raised $25,000, and the announcement from the provost, which is the first of its kind, shows we are on the right path, with the right people.”

During the 2017-18 season, every U of G women’s team qualified for playoff competition. The program is the envy of many institutions across Canada, said McRoberts.

Speaking of her competitive rowing experience, Carly Zanatta said, “It was an amazing experience. Being a female athlete, you have to overcome so many obstacles. But I think that can bring us together. And that’s what we did at She’s Got Game – we came together to show our support for each other.”