Editor’s note: This article was originally published on The Conversation and was picked up by the National Post. 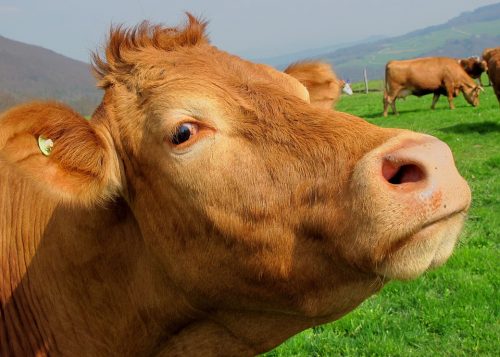 There has been a lot of buzz recently about a video shared by Oregon woman Abby Beckley, who describes removing worms from her eye. Researchers at the U.S. Centers for Disease Control and Prevention released a case report documenting Beckley’s infection as the first human case of the cattle eyeworm Thelazia gulosa.

We certainly feel for Beckley having to go through this ordeal, and without a doubt, felt our skin crawl just thinking about it. But aside from the “creep” factor of this case, it does makes us wonder how a cow parasite ever ended up in a human eye. And it begs the more fundamental question: How are animal parasites able to infect humans?

To answer this question, we need to understand more about parasites and their ecology. As a veterinarian and disease ecologist, my research examines what ecological factors influence the emergence of zoonoses — diseases that spread from animals to humans. The case of the cattle eyeworms is certainly intriguing.

In the most basic sense, a parasite is an organism that lives on (“ectoparasite” – ticks, fleas, mosquitoes) or in (“endoparasite” – eye worms, intestinal worms, blood parasites) another organism and uses that organism (“host”) for sustenance.

The life cycle of an endoparasite can be highly complex and may involve multiple hosts. The definitive host is where the parasite reproduces, while the intermediate host — or hosts — houses the immature, non-reproductive life stages.

Another kind of host exists, called an accidental host, that the parasite is able to infect but is not part of its regular life cycle. Humans are accidental hosts for cattle eyeworms.

Parasitic species range in their host specificity — the hosts that they can infect during a specific life stage — from highly specific (one host) to very loose (many species).

Moving from an animal host to humans

Transmission of parasites from one host to another can occur through several routes, depending on where the parasite resides in the host and how it is shed, for example through feces, blood or other bodily secretions. Direct contact, consumption of contaminated water or food (Cryptosporidium, Giardia), or via a vector like a tick or mosquito are all possible.

Parasitic infections transmitted from animals to humans have occurred naturally throughout history.

Previously, it was thought that evolutionary changes were required in order for a parasite to switch hosts. Although this is certainly one process for host-switching, research has shown that the mechanisms parasites use to successfully invade, survive and reproduce within one host may be applicable across a range of hosts.

This process, called ecological fitting, means that host-switching can occur more rapidly without the need to develop new mechanisms.

Humans have accelerated both of these processes by contributing to major ecological changes, and as a result, over the last century, we have seen the rapid emergence of zoonotic diseases. And not just from parasites, but bacteria and viruses as well.

In disease ecology, we think holistically about a disease, examining the intersection of the pathogen —in this case a parasite —its hosts and the environmental conditions in which the disease occurs.

Human-induced global ecological changes have shifted the balance of many disease systems — resulting in new diseases or old diseases moving into new areas or new hosts.

Climate change is making some areas more suitable for certain species, particularly in temperate areas and at higher altitudes. As a species’ range expands, the range of its parasites may also expand, providing new potential for transmission to native species within the area.

Globalization and increased international travel and trade facilitates rapid movement of humans and animals around the globe. New species may establish in an area and contribute to pathogen transmission, and native species in those areas have no previous immunity.

Consider the example of human angiostrongyliasis. Caused by the rat lungworm, Angliostrongylus cantonensis, several countries previously free of this disease have experienced outbreaks due to the introduction of the intermediate host, the giant African snail, in shipping containers.

Urbanization and human encroachment into wildlife habitat have contributed to increased contact between humans and animals, providing more opportunities for transmission of infectious agents, like parasites.

Peninsular Malaysia has experienced a significant increase in human malaria cases. Investigations identified the pathogen as Plasmodium knowlesi, which is naturally found in long-tailed and pig-tailed macaques and can be transmitted to humans by mosquitoes. Deforestation and rapid economic development in this area has brought humans into closer contact with these primates.

Other landscape changes can also dramatically alter the community of species within an ecosystem. Overgrazing and degradation of pastures in Tibet coincided with a dramatic increase in cases of alveolar echinococcocus. Small mammals that act as the intermediate host for the causative parasite Echinococcus multilocularis flourished in this environment, facilitating the cycle of transmission.

One important thing to note is that these processes do not just accelerate transmission from animals to humans. Evidence exists of the introduction of parasites into wildlife populations due to human activity as well.

This can be particularly detrimental for vulnerable species, which may already be threatened due to ongoing ecological changes. Outbreaks of toxoplasmosis in sea otters in California and marsupials in Australia are thought to be due to human-induced water contamination with domestic cat feces. 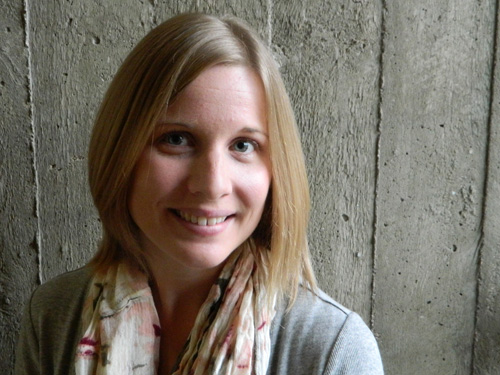 We know that the emergence of zoonotic parasite infections is a complex issue. Not only does it involve human health, but animal health and environmental health too. That means collaborative efforts across disciplines are needed to understand, control and prevent these diseases, and we must join together to address the ecological changes that may have significant human and animal health implications in the future.

At this time, it’s difficult to know if the cattle eyeworm Thelazia gulosa will become an issue for humans. History is full of examples of strange transmissions of pathogens that are not seen again or rarely reappear.

But it’s important that Abby Beckley told her story, as we have a heightened awareness and can remain vigilant for potential risks.