Canadians will spend more money than ever before in restaurants and on convenience foods in 2018, and pay higher prices for vegetables and fruits in grocery stores, according to a new report from the University of Guelph and Dalhousie University.

But overall food price increases are expected to be moderate next year – between one and three per cent, in line with inflation.

The 8th annual Canada’s Food Price Report was released today as a partnership between U of G and Dalhousie, featuring expertise from the U of G’s College of Business and Economics and the Arrell Food Institute, and five faculties at Dalhousie.

The impact of that increase will vary, depending on factors such as socioeconomic status and demographics, said study co-author Erna van Duren, a professor in U of G’s School of Hospitality, Food and Tourism Management.

“For example, in families where the income earning potential is not keeping up with the pace of inflation, it will be more concerning,” she said.

Most of the projected increase will come from dining out and buying convenience foods, the report said.

Food prices in restaurants will increase at double the rate of food purchased in grocery stores. Canadian families are expected to spend eight per cent more to eat out in the coming year.

“Overall, the average Canadian household will spend about 30 per cent of its food budget on food service, the highest level in history,” said report co-author Paul Uys, senior director of the Arrell Food Institute.

In grocery stores, the highest increases are expected in vegetable prices, rising by four to six per cent — including one to three per cent more for fruit. “This is due mainly to unpredictable climate patterns,” Uys said.

Prices for dairy, meat, baked goods and seafood will increase by no more than two per cent. Dairy products, eggs and bread products are used as loss leaders by major grocers, putting downward pressure on prices, the report said.

The food industry will continue to see the effects of major structural changes that began in 2016. “Food prices are being kept artificially low due to the aggressive discounting practices of the major Canadian food retailers,” said Uys, citing increased competition from large distributors including Walmart and Amazon, which purchased Whole Foods.

In the United States, consumers now spend equally at restaurants and at retail, and Canada is expected to reach that 50-50 mark by 2035, the report said. 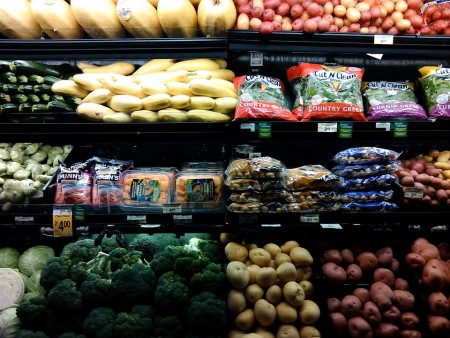 “This represents a seismic shift,” said van Duren. She said retailers will need to remain competitive through such strategies as aggressive pricing and more ready-to-eat options.

As well, consumers will need to make smart choices, such as shopping strategically and cooking more at home to save money, she said.

The Food Price Report looked at factors such as climate change, immigration and economic changes, including Ontario’s pending minimum wage increase. That increase is expected to affect restaurant prices but not those at grocery stores, which have already found ways to cut operating and labour costs.

The report also identified food trends for the coming year, including more plant-based proteins and a focus on “what-not-to-eat” commodities such as sugar and processed foods.

The 2018 food report, the result of active and extensive collaboration between U of G and Dalhousie, also involved Prof. Francis Tapon, Department of Economics and Finance, and former graduate student Mustafa Koroglu.

The project lead was Sylvain Charlebois, Dalhousie’s dean of the Faculty of Management and former associate dean of U of G’s College of Business and Economics.