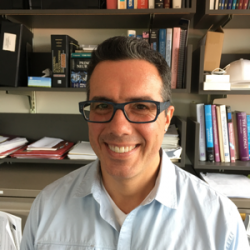 Research by psychology professor Francesco Leri and PhD student Meenu Minhas on how a high-sugar diet may increase the risk of an opioid addiction was featured in Forbes and MSN.  Their research was presented this week at Neuroscience 2017, the annual meeting of the Society for Neuroscience.

This research has also been covered by the Daily Mail, National Post and Yahoo! New Zealand.

It’s known that refined sugar can promote addictive behaviours by activating the brain’s reward centres in much the same way as addictive drugs do. Opioid abuse is also associated with poor dietary habits, including preferences for sugar-rich foods, as well as malnutrition. The researchers investigated whether excessive consumption of refined sugar may affect vulnerability to opioid addiction by exploring whether unlimited access to high fructose corn syrup altered rats’ neural and behavioural responses to the semi-synthetic opioid oxycodone. The findings suggest that a diet high in corn syrup may dampen the reward associated with oxycodonen, encouraging more drug consumption.

Leri studies the psychological and neuropharmacological mechanisms in the development, persistence and recurrence of behaviours reinforced by natural and chemical substances, including addiction and its long-term treatment.