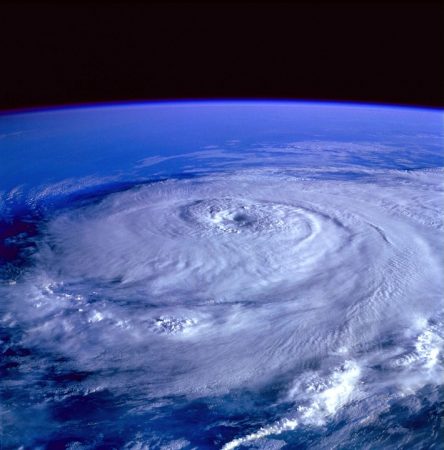 Editor’s Note: The University of Guelph is marking World Food Day with a column by Prof. Evan Fraser on the connections between conflict and climate change and world hunger. World Food Day honours the founding of the Food and Agriculture Organization of the United Nations in 1945 and aims to raise awareness of hunger and food security issues. This article originally appeared in The Conversation Canada.

Last year about 11 per cent of the total human population (approximately 850 million people on the planet) suffered from daily hunger, according to a recent United Nations report on the state of food security and nutrition in the world.

This is a tragedy no matter how you look at it. The numbers show a 4.5 per cent increase — or 38 million more hungry people — from the previous year. This rise in hunger is especially significant because it is the first rise in global hunger we have seen in more than a decade.

Though global hunger was at 14 per cent of the world’s population in 2005, each year since then, between 2005 and 2016, the number of hungry people on the planet dropped. Development officials were cautiously optimistic that we were on our way to eradicating hunger.

Conflict and climate change are the culprits behind this year’s rise in numbers.

According to the United Nations, food security worsened across major parts of sub-Saharan Africa, Southeast Asia and Western Asia. For instance, South Sudan is mired in conflict and experienced a major famine earlier this year.

Bad weather can lead to conflict

If you overlay a map of the world’s conflicts with a map of the world’s worst food security problems, there is a clear connection. The UN notes 20 million people are at risk of dying of hunger not only in South Sudan but also in Somalia, Yemen and the northeast tip of Nigeria. All of these areas are affected by conflicts that undermine people’s ability to feed themselves.

Similarly, deteriorating environmental conditions have ravaged many of these areas. The UN report notes that Afghanistan, the Central African Republic, South Sudan and Yemen all experienced bad floods in 2016 while Iraq, Somalia, South Sudan and Syria all suffered bad droughts.

What we are probably witnessing is an interaction between deteriorating environmental conditions that help exacerbate already existing social tensions and undermine the livelihoods of millions.

We’ve been here before; history shows us that there are often links between conflict and bad weather.

For instance, there is a complex but well-established connection between droughts and the start of the Syrian civil war. It seems that faltering rainfall in the early 2000s upended Syria’s rural communities and brought people into cities where they began protesting political corruption in the Assad government.

Similarly, there is a link between droughts and the Rwandan genocide of the 1990s. And if we look further back in time, it is well recognized by historians that the French Revolution began as protests over food prices after harvest failures sent waves of penniless refugees into the streets of Paris.

Luckily, there are potential solutions — even right here in Canada. For example, at the University of Guelph we are breeding more drought-tolerant varieties of our important crops. We can promote agricultural practices that build up the soil’s organic matter. The extra organic matter acts like a sponge by trapping rainfall and holding onto it for when it is needed.

In addition, we can support international development projects focusing in particular on female-headed households, to help small-scale farmers access markets and become more efficient. Focusing on women is critical because in Africa, as much as 80 per cent of food is produced by small farmers who are mostly rural women.

For years, academics and activists have been trying to raise alarm bells that population growth and climate change will make it increasingly hard to maintain food security over the next generation, and that conflict is almost inevitable as a result.

But until this year, there didn’t seem to be much data, outside of historic antecedents, to confirm these worries. With hunger decreasing every year, what was the big deal? But the uptick in hunger signalled in this most recent UN report should focus our attention.

In the future, will we remember 2017 as the year when we started to lose the battle to ensure the future is well fed? Or will we heed this warning and take the actions necessary to help communities everywhere build more resilient food systems?

Evan Fraser is the director of the Arrell Food Institute at the University of Guelph and holds the Tier 1 Canada Research Chair in Global Food Security in the Department of Geography.