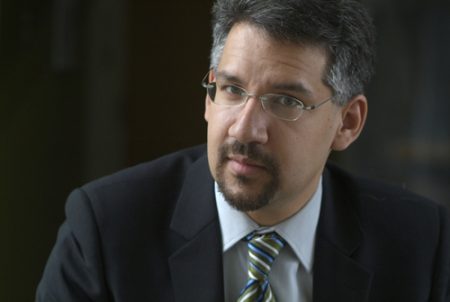 The Liberals promised to reform our so-called first-past-the-post system during the 2015 election campaign, then broke their promise in February.

That ensures future governments, including our current one, can rule virtually unchecked with less than 40 per cent of the popular vote.

All Westminster systems are, by default, based on a prime ministerial dictatorship, and we as voters are beholden to their version of noblesse oblige. Our leader may have the friendly demeanour of Justin Trudeau or the chilliness of Stephen Harper, but it doesn’t alter their accountability — they can more or less do anything they want as long as they have the votes in Parliament.

This week, the country will elect a new government. It is the 52nd parliament since 1852, and the eighth since they adopted a mixed member proportional electoral system — known as MMP — in 1996. Under this system, voters have two votes — a party vote and a constituency vote.

Why New Zealand has it over Canada

Their system is better than ours. Let me tell you why.

The key drawing card is political leverage. Like Canada, the two big parties in New Zealand generally switch positions between government and opposition. But unlike Canada, the governing party is often obliged to seek coalition or confidence-and-supply agreements with one or more minor parties, essentially meaning those parties obtain something in return for supporting the government with votes in Parliament.

In MMP, voters can be creative. They can split their votes, choosing a small issues-based party for their party vote, and a local candidate for their constituency vote.

A minor party can change the tone and focus of the government’s legislative output. MMP also makes it easier for voters to create electorally viable small parties — maybe an Indigenous party like the Māori Party or the Mana Movement, a right-wing neoliberal party like the ACT (Association of Consumers and Taxpayers), a party promoting immigrant interests (the NZ People’s Party) or one focused on Christian and family values (United Future).

“With their majority, their control over our lands and resources seems natural and is granted democratic cover… The greatest good is always their good,” he wrote.

Maori have some leverage

MMP, on the other hand, offers a means of tempering this serious problem, enabling Indigenous peoples to marshal the sort of political leverage that is currently impossible in Canada.

Since the latest elections in 2014, 21 per cent of MPs are Māori, with a Māori leader of the NZ First Party, two Māori Party co-leaders and until recently a Māori co-leader of the Green Party.

There are seven parliamentary seats reserved for Māori, elected by Māori who can choose to go on a special electoral roll if they prefer. Compare this to Canada, where a “record” number of Indigenous MPs — a mere 10 — were elected in 2015, with two now in cabinet. In the entire history of Parliament since Confederation, we have had only 33 Indigenous MPs.

Through MMP, the Māori Party agreed to support a National Party government in 2008. In return, Māori Party MPs Pita Sharples, Te Ururoa Flavell and Tariana Turia have all served in cabinet in the last three terms, and launched specific programs to improve various aspects of Māori education, health, welfare, language and criminal justice.

Not perfect, but offers steps in right direction

National was also obliged to adopt the United Nations Declaration on the Rights of Indigenous Peoples at the insistence of Maori Affairs Minister Sharples. New Zealand signed onto UNDRIP in April 2010, followed by Canada later that year.

Of course, things are hardly perfect, as any political commentator will tell you. Māori social and economic indicators have fallen considerably since New Zealand’s free market reforms of the 1980s.

Māori unemployment has risen significantly, as well as the percentage of Māori living below the poverty line. Access to housing has plummeted. The percentage of prisoners who are Māori has increased since the 1980s; currently 51 per cent of male inmates are Māori, alongside 63 per cent of women.

Like many of their Indigenous counterparts in Canada, many Māori leaders do not want to spend time and effort in a European settler-dominated political system. The work of building their communities is often at the local iwi and hapu levels.

MMP is hardly decolonization, Indigenous self-determination or sovereignty. It does, however, represent the potential and practice of political leverage, which can help advance the goals of the Indigenous peoples to some extent in the right circumstances.

While it’s not a solution to our “Canada problem,” it may offer steps in the right direction.

David MacDonald is a professor in the Department of Political Science. He researches international relations and foreign policy, and has a long-standing interest in comparative indigenous politics in New Zealand, Australia, Canada and the United States.