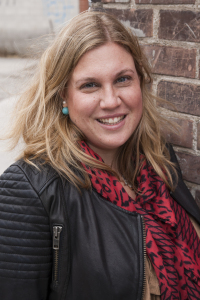 Five finalists for the prestigious 2017 Trillium Book Awards have ties to the University of Guelph, including student Danila Botha. The winners will be announced June 20.

Botha, who is completing an MFA in creative writing at U of G, is among six authors who are this year’s English-language finalists for the awards.

Botha was shortlisted for her collection For All the Men (and Some of the Women) I’ve Known, whose 18 stories explore the complexities of relationships.

Earlier, she wrote the novel Too Much On The Inside and Got No Secrets, a debut short story collection named as one of Britannica’s Books of the Year.

Two U of G creati 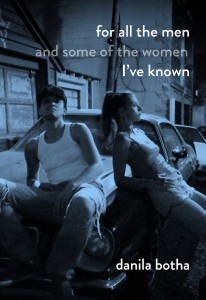 ve writing graduates also on the shortlist are Leesa Dean for her short story collection Waiting for the Cyclone, and Melanie Mah, whose debut novel The Sweetest One is a coming-of-age tale about a teenage girl’s connection to her hometown.

Both nominated works were based on the authors’ respective MFA thesis projects.

MFA graduate Laurie Graham is one of three finalists for the $10,000 Trillium Book Award for Poetry for her poetry collection Settler Education. Poems from her collection were also shortlisted for the CBC Poetry Prize and won The Puritan’s Thomas Morton Memorial Prize for Poetry.

Meaghan Strimas, formerly the program administrator for U of G’s MFA in creative writing, is a finalist for her poetry collection Yes or Nope. She now teaches English at the Humber Institute of Technology and Advanced Learning in Toronto.

Established in 1987, the Trillium Book Awards recognize excellence and support the quality and diversity of Ontario writers. Previous winners include U of G professor Thomas King as well as Margaret Atwood, Michael Ondaatje, Timothy Findley and Anne Michaels.

The Trillium Book Award for Poetry, created in 2003 for new and emerging poets, was won last year by U of G graduate Soraya Peerbaye.