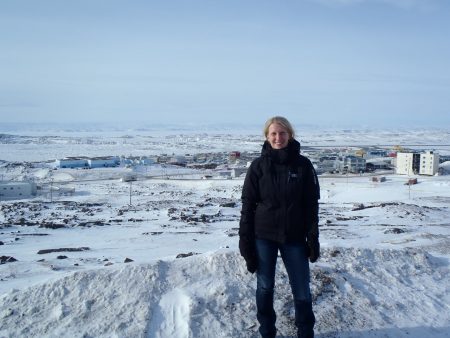 When it comes to climate change, the greatest threat to human health and survival may surprise some people, says a University of Guelph professor.

Extreme temperatures, droughts and natural disasters have numerous direct and indirect effects on human health, but the most dire is the threat to food systems, security and safety, said Sherilee Harper.

“Food-related mortality rates will far exceed all other climate-related human health effects,” said Harper, an epidemiologist in U of G’s Department of Population Medicine and a climate change and health expert.

She will lead an international team in a new $6.6-million research project on food-related aspects of climate change intended to focus on some of the world’s most at-risk populations – including people living in Canada’s North.

The Canadian Institutes of Health Research (CIHR) will contribute $2 million of that amount through its Environments and Health Signature Initiative Intersectoral Prevention Research grants program. The announcement was made today by Jane Philpott, federal minister of health, during the World Health Summit in Montreal. Harper’s project was one of nine announced today, totalling more than $18 million.

“This is fantastic news and a proud day for U of G,” said Malcolm Campbell, vice-president (research).

“Professor Harper will bring her impressive leadership skills to bear to realize an exceptional project that embodies our motto to ‘improve life.’ She and a team of international researchers will be advancing knowledge in remote communities that will resonate around the world, leading to better policies, practices and methods for adapting to climate change.”

The World Health Organization predicts that half of climate-related deaths will be food-related, and that hunger and malnutrition will increase by more than 35 per cent by 2050.

“It’s well understood that climate change is one of the biggest health challenges of the 21st century,” said Harper. “But food issues have received less attention compared to other climate-health outcomes.”

The research team includes scholars, government agencies, NGOs and Indigenous leaders, with expertise in everything from health, social and natural sciences, to agriculture and nutrition, to meteorology and municipal planning and development.

Besides the CIHR funding, $4.6 million for the initiative will come from cash and in-kind contributions from more than 70 research partners and collaborators. 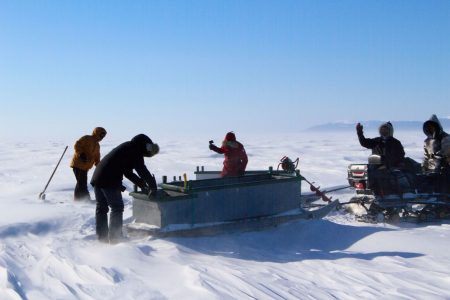 The effects are especially acute for people living in remote locations such as Canada’s North.

“When you have a culture and community that are so dependent on and connected to the environment for survival, the changes become more significant,” said Harper, who has studed climate-related health issues in the Arctic and Africa for more than a decade.

The team will analyze how food-related aspects of climate change affect the health of people in Inuit, Batwa and Shawi communities in Canada, Uganda and Peru, respectively.

Researchers will study vulnerability and resilience of food systems to climate change, and develop environmental and health surveillance strategies for each region.

The team will involve local communities in the project and look to integrate Indigenous and western knowledge and strategies — critical to developing successful climate change interventions and adaptation planning.