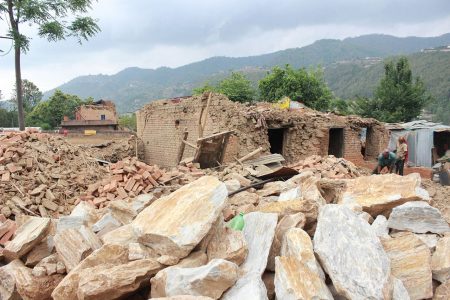 Aftermath of the 2015 earthquake in Nepal

When natural disasters strike, such as the mudslides and flooding in Sri Lanka last week or the 2015 Nepal earthquake, what do rural people need to rebuild their lives, and how to get it to them?

A University of Guelph professor believes eSAKs are the answer.

In a paper published recently in the journal Agriculture and Food Security, he and lead author Tejendra Chapagain, a research associate in Raizada’s lab, outline their proposal for aid agencies, governments and non-governmental organizations (NGOs) to provide eSAKs to farmers.

“After a natural disaster, the literature shows that smallholder farmers are often neglected” as national governments and international aid agencies focus on distributing short-term emergency aid to city dwellers, says the U of G professor. “Lots of attention is paid to cities and less so in rural areas. Rural areas often get left behind.”

His U of G team worked with external partners to distribute components of sustainable agriculture kits after a 2015 earthquake killed 9,000 people in Nepal and left some 2.8 million people displaced. 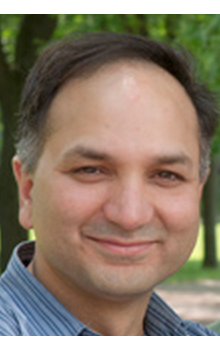 The proposed kit would contain emergency items such as plastic for shelter or groundcover, a grain storage bag, a foldable military shovel, gardening gloves and a first-aid kit. It would also contain packages of seeds for rapidly maturing grains, legumes and vegetables, along with nitrogen fertilizer and farming tools.

Seeds and planting materials are a “giant issue,” says Raizada. Often hunger compels families to consume seeds intended for the next crop. “Getting those seeds to them can be critically important.”

The entire kit might cost about $40, although he says farmers may opt for a package with fewer low-cost components depending on their circumstances.

Kit components might be assembled by a local NGO or international agency such as the UN, with products sourced over the Internet and shipped in bulk from international sources. Raizada says he’d like to see a large organization such as the UN or the Red Cross stockpile eSAKs for dispersal within 24 hours of a natural disaster anywhere in the world.

To get the kits into farmers’ hands, he suggests tapping into existing informal networks. In Haiti, for instance, networks called Madame Saras and revendeuses involve thousands of women carrying on trade, including distributing rural produce to cities.

Those networks are cheaper and more diffuse than conventional air drops of aid parcels, says Raizada. “It’s one thing to deliver supplies to a large population in a city. In sparse rural areas, it’s more difficult.”

In Nepal, an informal sales and distribution network enables farmers to obtain non-emergency SAK components not by purchasing a single kit but by choosing needed items from a regional “menu.”

Raizada estimates that SAK components will have been purchased by 40,000 Nepalese households by January 2018, roughly double the number expected when they began the project three years ago.

Chapagain and Raizada came up with their new emergency kit proposal after reviewing literature about the response to natural disasters worldwide, including the Haitian earthquake that killed 220,000 people in 2010, the 2004 tsunami that caused 275,000 deaths in Southeast Asia, and flooding in Pakistan in 2010.

In their new paper, they outline common problems.

Aid attempts after those disasters were often inadequate, they say. Farmers were left without support, people ended up living in temporary shelter for years afterward, and efforts by aid groups and local governments were poorly coordinated.

Although costs vary with the location and the scope of the disaster, Raizada says, it would cost about $4 million, plus administrative expenses, to provide full eSAKs to 100,000 people. “That’s dirt cheap,” he says, compared with the hundreds of millions of dollars that may flow to a country for aid relief but that are often unused, squandered or lost to corruption. 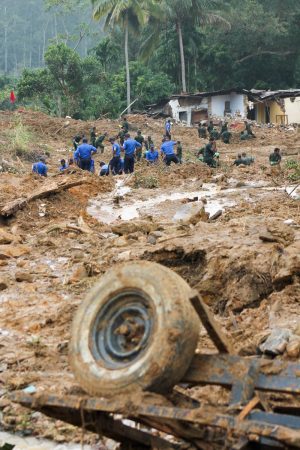 The team shared an earlier version of this eSAK report with Canadian and global agencies, including the UN and the World Bank. Raizada plans to distribute this new paper to governments, aid agencies and philanthropic organizations worldwide.

Recalling the 1983-85 famine that killed hundreds of thousands of Ethiopians, Raizada says, “I feel some level of despondency that here we are 40 years later and we’re in a similar situation. Tens of millions of people face famine. I feel a desperation right now that this is still going on.”
This project is funded by a Canadian International Food Security Research Fund grant from the Canadian International Development Research Centre and Global Affairs Canada.