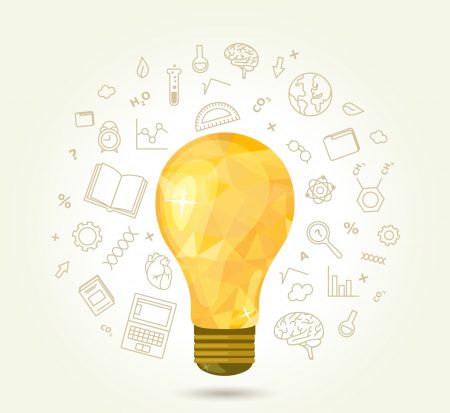 Powdered cricket brownies, anyone? As part of the preliminary pitch for their semester-long assignment in the Ideas Congress (ICON) course, a team of Guelph undergraduates recently handed out home-baked goodies — complete with insect ingredients — to classmates.

To judge by appreciative comments around the Macdonald Hall classroom that evening, the brownies helped to sweeten up the crowd. And the arguments by members of The Insect Effect team for eating bugs – cheap, high in protein and more environmentally friendly than raising livestock – clearly resonate with other students whose shared interest in solving food security problems has brought them together in this novel course.

But being fed free treats didn’t deter anyone from peppering the team with pointed questions about their idea for promoting entomophagy.

Encouraging that kind of animated give-and-take is partly what integrative biology professor Shoshanah Jacobs and Prof. Dan Gillis, School of Computer Science, had in mind when they got together to design the ICON course.

Their solution introduced in 2015 is a self-directed course that challenges undergrads to take charge of their own learning. Participants also have to figure out how to work with counterparts from different areas across campus on a discipline-straddling problem.

For the entire semester, ICON students work in teams of four or five on devising a solution to an important societal need.

“It’s a non-lecture, alternative teaching model,” says Jacobs, who sees herself and Gillis more as facilitators than as instructors. “It’s great to find ways to take students beyond their undergrad discipline.”

A key element for both professors was the need to ground their new course in real-world issues. Student teams spend the semester refining a pitch for a sustainability project that may be further developed through an external competition such as the Thought for Food challenge or The Next 36 for innovators and entrepreneurs.

Gillis says students have placed in the top three in the national ScotiaBank EcoLiving Award, and first in the Pitch for Progress competition. Others have been awarded funding and featured in publications.

In 2015, student teams worked on ideas to help create net-zero energy houses. In winter 2016, groups worked on concepts for a mobile classroom lab connected to an “eco-learning” demonstration centre proposed for the Guelph Innovation District. Last fall, the theme was food security — that theme continues this semester.

Jacobs and Gillis have teamed up with geography professor Evan Fraser — for the first time, the ICON class includes students enrolled in Fraser’s first-year seminar course on “Feeding Nine Billion.”

For the fall semester, the entire ICON class was involved in the Feeding Nine Billion challenge. That two-day hackathon-style event challenged students to come up with food security ideas.

That’s a pressing issue, says Gillis. “One in five households are food-insecure,” he says.

Adds Jacobs: “Twenty per cent of waste in Guelph is food — and most of that is edible.”

The mixed teams of first-year and senior students then fleshed out their challenge concepts in the ICON course.

During the preliminary pitch session, both The Insect Effect and another team called Bug Bitez outlined ideas for growing the consumer market for insects as a protein source.

One group called Feed the Need talked about raising awareness of and improving logistics for Guelph food banks. “Food donations are not the main problem,” says one student, explaining what the group has learned so far from researching the topic. “It’s lack of money and outreach.”

Seated among the students, the professors throw out occasional questions, but mostly it’s the students who run the class.

Students are graded individually on participation, communication and a research essay, and assessed group marks for preliminary and final project pitches.

Grades are only one marker for judging student learning in this course, says Jacobs. She says many ICON students benefit by widening their peer network beyond their academic disciplines — even more so than students enrolled in other independent study courses.

“It’s a think-tank,” says Gillis. “We’re not teaching food security. They have to learn on their own.”

Her group is working on an app to enable consumers to purchase low-cost restaurant leftovers to reduce food waste.

“You almost get to create the class yourself,” she says. “You decide what your goals are and how you want to achieve them.”