For the fifth consecutive year, the University of Guelph community has raised more than $600,000 for the United Way.

Giving by the U of G community has topped $620,000 this fall, and the University will continue to tally additional pledges, donations and proceeds through December. 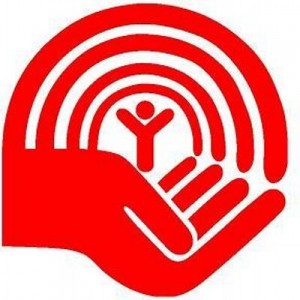 The announcement was made today at a volunteer luncheon by Daniel Atlin, vice-president (external).

“As in past years, the University of Guelph’s support of the local United Way this year has been a full community effort,” Atlin said.

“Our giving demonstrates our individual and collective support here on campus for the broader community that we belong to. It’s a testament to the commitment of U of G faculty, staff, students and retirees.”

This year’s fundraising target was chosen to tie in with the United Way’s regional theme of “$3.6-million and beyond.”

U of G has historically been one of the largest contributors to the United Way Guelph Wellington Dufferin’s annual campaign. This is the eighth time that the University has raised more than $500,000 toward the regional campaign.

The United Way works with more than 55 local agencies to provide everything from basic support to adult literacy programs to kids’ development activities to sports and fitness.

“We are improving the lives of people touched by programs delivered in Guelph and Wellington,” said Catherine Carstairs, co-chair of the University’s campaign and chair of the Department of History.

“We are also helping ourselves by helping our neighbours. Everyone is touched in one way or another by programs supported by the United Way.”

For U of G’s annual campaign, about 200 volunteers serve as area coordinators, canvassers and steering committee members, and hundreds more help to organize events on and off campus.

Patricia Tersigni, co-chair of the University’s campaign and director of academic programs and policy in the provost’s office, thanked all volunteers.

“As always, a great many people on campus – staff, faculty, students, retirees – have worked incredibly hard to make this campaign a success. All of you and all those who give are the reason we are able to celebrate this achievement today.”

A number of university awards were presented at today’s recognition event. The President’s Award, which recognizes the campus unit with the highest increase in both participation and dollars raised, went to the College of Biological Science.

The Gabrielle Hubert Award for outstanding contributions by an individual volunteer was presented to Vicki Isotamm in the College of Arts.

The Department of Co-operative Education and Career Services received the Spirit Award for a department with high levels of support and spirit, but which, because of size, may not raise the most dollars.

The Co-Chairs Award for special merit was presented to Margaret Barth, a U of G United Way steering committee member and website coordinator for the campaign.

This year’s Student Spirit Award went to students on the Jeux du Commerce Central (JDCC) team in the College of Business and Economics. The team is made up of business students who compete against students from across Central and Atlantic Canada in academic, debate, sport and social competitions. The winning ticket for the $1,500 tuition raffle belonged to student Jacob Coppolino.