A University of Guelph professor has won a top research honour from the Social Sciences and Humanities Research Council (SSHRC).

Ajay Heble, a professor in the School of English and Theatre Studies, was named the SSHRC 2016 Impact Award winner in the partnership category during an event today in Ottawa.

He is the first U of G professor to win an Impact Award in this category. Heble will receive a $50,000 grant for research, promotion, knowledge mobilization or related activities.

“This is wonderful, well-deserved recognition for Ajay and a proud day for the University of Guelph,” said U of G president Franco Vaccarino, who attended the event.

“Ajay is a trailblazer and this award speaks to the innovativeness and importance of his work. He has helped establish a new field of interdisciplinary study, showing how music can foster community and social change. His research is leading to new dialogues and discoveries here and around the globe.” 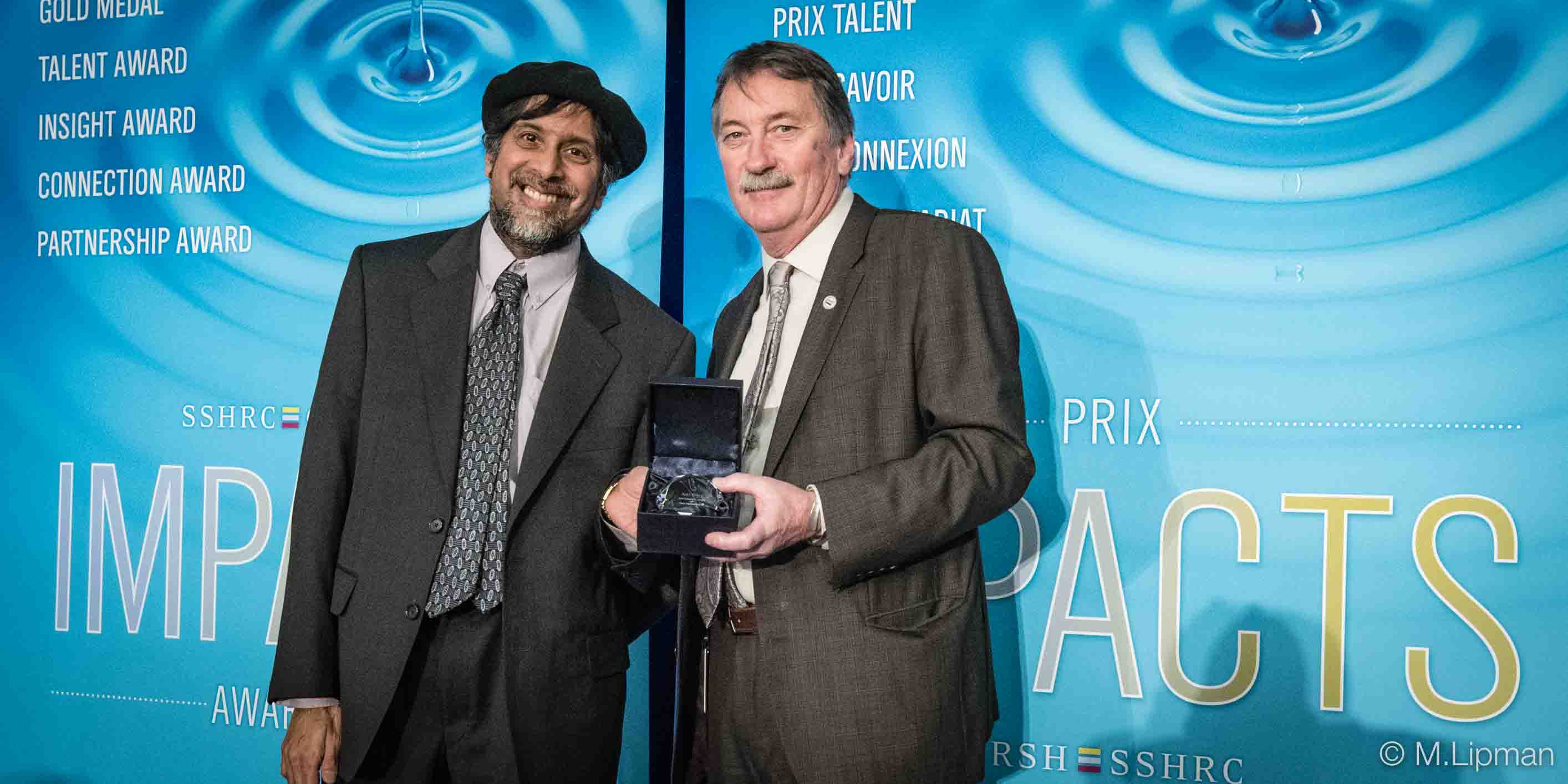 The Partnership Award recognizes a SSHRC-funded partnership with wide-ranging impact.

Heble received a $2.5-million SSHRC partnership grant in 2013 to found the International Institute for Critical Studies in Improvisation. The institute uses improvisation in teaching and learning and as a model for building successful communities.

Heble’s grant proposal was ranked No. 1 among grant finalists. Earlier, he received another $2.5-million SSHRC grant.

“I am thrilled about the recognition this prestigious award will bring to the University, and to the work we have been doing at the International Institute for Critical Studies in Improvisation,” Heble said.

“We very much look forward to using the award to share stories of impact related to our work, and to support our efforts to create positive social change through the confluence of improvisational arts, innovative, community-engaged scholarship and collaborative action.”

Heble is the second U of G professor to win an Impact Award. In 2013, retired geography professor Barry Smit won in the Gold Medal category, considered SSHRC’s highest honour.

“This award is very much about my whole research team, and is a testament to the work being undertaken by a vital, resilient and socially engaged community of scholars and partners,” said Heble.

He founded the Guelph Jazz Festival in 1994 and served as its artistic director until this year. Known as one of the most visionary musical events in Canada, the festival has received the Lieutenant-Governor’s Award for the Arts and the Premier’s Award for Excellence in the Arts. He also created the educational Guelph Jazz Festival Colloquium, which brings together researchers, artists and the public.