A University of Guelph professor has been named as a finalist for a prestigious research honour from the Social Sciences and Humanities Research Council (SSHRC). 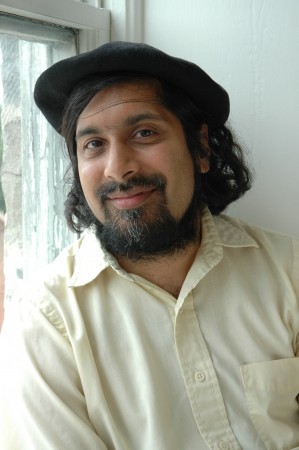 Prof. Ajay Heble, School of English and Theatre Studies, is among three finalists for SSHRC’s 2016 Impact Awards in the “partnership” category. The winner will receive a $50,000 grant for research, promotion, knowledge mobilization or related activities.

The shortlist was announced today, and winners will be named Nov. 22 in Ottawa.

Partnership awards recognize a SSHRC-funded partnership whose impact extends beyond the social sciences and humanities.

In 2013, Heble’s proposal for a SSHRC Partnership Grant was ranked No. 1 among candidate research projects.

Under that $2.5-million grant, he founded the International Institute for Critical Studies in Improvisation at U of G. The institute uses improvisation in teaching and learning and as a model for building successful communities.

Founder of the internationally recognized Guelph Jazz Festival in 1994, he served as its artistic director until this month.

Called one of the most visionary musical events in Canada, the festival has received the Lieutenant-Governor’s Award for the Arts and the Premier’s Award for Excellence in the Arts.

The Guelph Jazz Festival Colloquium brings together researchers, artists and the public to discuss improvisation and community-building.