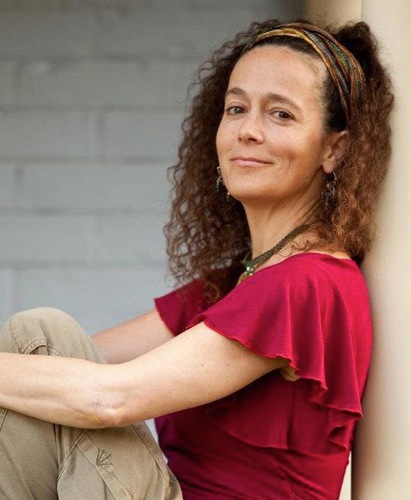 Alison Wearing’s preparation for a career as a writer and performer began more than 30 years ago as a preteen. When her classmates would ask about her weekend, Wearing would make up stories about her adventures. It was the 1980s and she was living in small-town Peterborough, Ont., and Wearing felt she couldn’t tell them the truth: she had gone to the ballet with her father and his boyfriend.

“The truth about my life was unacceptable, so I invented stories that covered my tracks,” says Wearing, author of Confessions of a Fairy’s Daughter: Growing up with a Gay Dad and the University of Guelph’s writer-in-residence for the fall semester.

Her father, a university professor, told his family he was gay when Wearing was 12; he then moved to Toronto to live with his new partner. For Wearing and her mother and brothers, it was a challenging time — divorce was uncommon and same-sex relationships were unheard of.

Wearing left Peterborough at 17 and spent most of her adult years living outside of Canada where her writing career took off. Her first book, Honeymoon in Purdah: An Iranian Journey, chronicled her travels in Iran and was met with critical acclaim.

Wearing failed English in high school, and studied political science and music at three different universities. “I didn’t feel qualified to be a writer,” she says. But she had stories to share, through the written word and on stage.

“Part of me felt dormant when I was writing,” says Wearing, who performs one-woman shows incorporating music and reading. “When I began performing my own work, I felt I was expressing myself more fully.”

Wearing created Confessions of a Fairy’s Daughter first as a solo play, which she toured for a year. After finding that it spoke to a wider audience than she expected, she began writing the book.

“A memoir is never just about you — it’s the lens to a bigger story,” she says of the book. “People would come up to me and talk about their own families, which were very different from mine, but they related to the story.”

Confessions of a Fairy’s Daughter was published in 2013. The book shares her point of view as a child and her mother’s perspective, and incorporates excerpts from her father’s diaries.

“When I was midway through writing my book, my dad gave me a box of his letters and diaries that had been stored unopened in his basement for 30 years,” says Wearing. “He loves both the book and show. He was embarrassed at first, but who wouldn’t be at seeing their life story pranced around a stage by their child?”

Since the book’s release, Wearing has continued performing and offering workshops in memoir writing.

As writer-in-residence, Wearing will work with students and the University community on their writing projects. She will also perform Confessions of a Fairy’s Daughter at U of G’s Massey Hall Oct. 19 at 8 p.m.