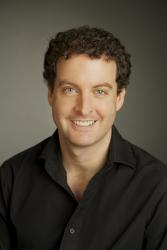 University of Guelph history professor Kevin James has a passion for researching tourism history in the United Kingdom. From 2010 to 2012, James lent his expertise to the BBC program Grand Tours of Scotland. British Columbia-based Knowledge Network is currently airing the travel series in Canada, including three episodes featuring James. CBC News interviewed him Sept. 20 about his work on the show. The U of G prof, who completed his PhD at the University of Edinburgh, was in the opening episode of the series, “The Romantic Ideal,” as well as episode six of season two, “In Search of Sunshine,” and episode four of season three, “A Bed for the Night.” James discussed whisky tourism, old Scottish inns and Walter Scott for the BBC series, which filmed in unique spots such as an 1820s hotel and a horse and buggy in the Trossachs.