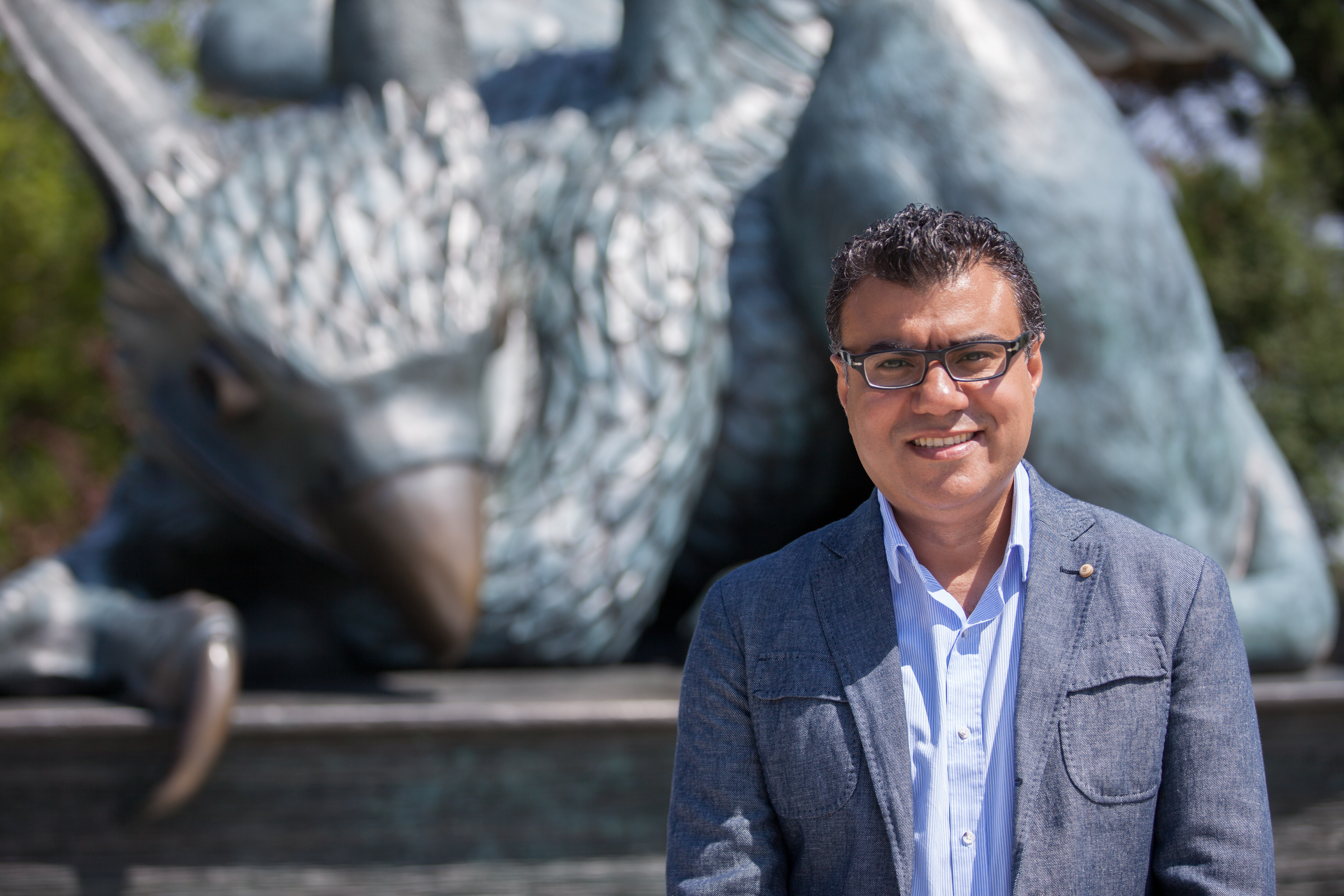 More sustainable aquaculture in Canada and abroad is the goal of a novel research project at the University of Guelph that brings together experts in fish nutrition and engineering.

The U of G project may also offer a low-cost alternative for running small-scale fish farms in developing countries, says Prof. Wael Ahmed, School of Engineering.

“Efficiency is the key to build sustainable energy systems,” says Ahmed, whose GryphEnergy lab studies energy use and efficiency in a variety of applications.

The airlift pump works by forcing compressed air into fish tanks or cages. This closed recirculation system moves water and nutrients through the tanks more efficiently than old-style pumps, he says.

That could mean thousands of dollars in energy savings, key for farmers running on narrow profit margins and looking for cost savings wherever they can find them.

They’ve tested the setup for delivering water and nutrients in hopes of helping Canada’s growing fish farming industry. Findings so far show the system can reduce energy use by up to 70 per cent over conventional pumping systems. It’s also less noisy than the traditional pump-driven setup.

Before arriving at Guelph two years ago, Ahmed hadn’t worked in aquaculture. An expert in fluid mechanics, he arrived here from Saudi Arabia, where he worked in oil and gas research. Trained as a mechanical engineer in Egypt, he studied at McMaster University and worked with Atomic Energy of Canada Ltd. before returning to the Middle East. He came back to Canada to teach and work in U of G’s mechanical engineering program. 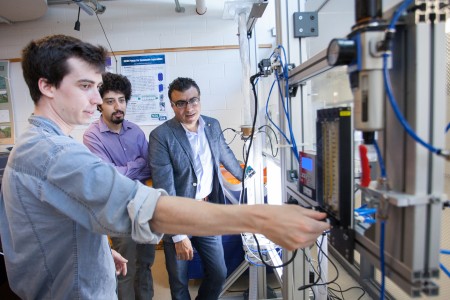 In his GryphEnergy research lab, he’s adapting his interests and technology for use in fish farming.

Whether you’re pumping gases and fluids through a pipeline or delivering nutrients to aquaculture cages, says Ahmed, it’s all about fluid mechanics and multiphase flow of liquids, solids and gases. “How much energy is consumed to circulate water or provide food to aquaculture applications?”

He and Bureau received funding from the Ontario Ministry of Agriculture, Food and Rural Affairs for their project. Ahmed also received startup funding from the Gryphon’s LAAIR program run by U of G’s College of Business and Economics.

They’re working on scaling up the system for testing in several Ontario fish farms, including a trout farming operation in Parry Sound. They also plan tests with public and private farming partners in Vietnam and Indonesia. Ahmed envisions providing an entire airlift pump system to producers.

Ahmed says a similar hydroponic system might also be used to deliver nutrients and water in greenhouses. In another potential application, he’s talking with a company interested in making animal feed from insects and waste food.

Back in his own lab in the Thornbrough Building, he and his students are looking at ways to improve airlift pumps, including refining air injection systems.

Closer to home, Ahmed figures U of G’s aquaculture research station in Alma might also benefit from potential energy savings. “Any impact in their system would be a huge improvement in the whole production cycle.”