Ontario Lieutenant-Governor Elizabeth Dowdeswell today discussed food, volunteering and the environment while visiting faculty members and students at the University of Guelph. 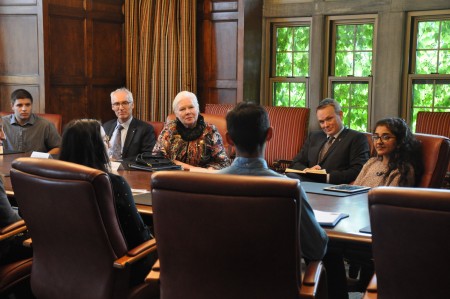 As part of a series of community visits, Dowdeswell is meeting with students, faculty and community members in Guelph Sept. 27 and 28.

On campus, she attended a roundtable discussion held by U of G’s Food Institute about Guelph’s Feeding Nine Billion program and student efforts to reduce waste.

She spoke with students and faculty members about work in the voluntary sector, and addressed a class on environmental politics and governance.

Dowdeswell was named lieutenant-governor of Ontario in 2014.

Originally a teacher and university lecturer, she worked in the Canadian public service before becoming head of the United Nations Environment Program based in Nairobi, Kenya, in 1992, serving as Under-Secretary-General until 1998.

Upon returning to Canada, she established an international consulting practice and became the founding president and CEO of the Nuclear Waste Management Organization. 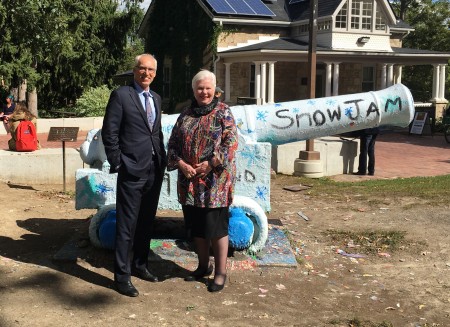