University of Guelph plant scientists have shown for the first time how an ancient crop teams up with a beneficial microbe to protect against a devastating fungal infection, a discovery that may benefit millions of subsistence farmers and livestock in developing countries.

Their discovery may also point the way toward a natural treatment to thwart the pathogen in other important crops grown worldwide including corn and wheat, said plant agriculture professor Manish Raizada. 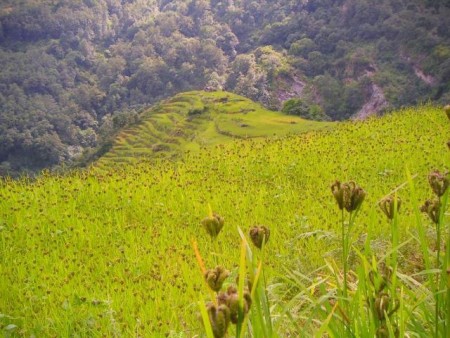 The paper describes a novel defence mechanism allowing crop plants to work with bacteria called endophytes living in their roots to ward off Fusarium graminearum.

This fungus makes a toxin that can sicken livestock and people.

The M6 microbe lives in the roots of finger millet, a cereal crop grown by subsistence farmers in Africa and South Asia. Millions of people rely on the crop, first domesticated in East Africa in about 5,000 BC.

The crop has long been known to be resistant to fungal disease.

Through microscope observations, Mousa learned how the mechanism works.

Sensing the pathogen near the plant roots, the microbe enters the soil and multiplies to millions of cells that form a protective barrier on the root surface.

Even more striking, Raizada said, the plant’s root hairs grow to many times their normal length. Like layers in lasagna, the root hairs and the bacterial cells form a dense mat that traps the fungus.

Mousa found that natural products of these endophytic bacteria then kill the fungus.

“This appears to be a new defence mechanism for plants,” said Raizada.

He likens it to the human immune system, with immobile plant cells “recruiting” mobile microbes to seek out and destroy pathogens.

The researchers believe this defence evolved in a kind of evolutionary arms race in the African ancestors of finger millet and Fusarium. The fungus can make an antibiotic against M6 for which the bacterium has developed resistance in turn, Raizada said.

“We think subsistence farmers in East Africa over generations may have selected for this special microbe through breeding.”

He said the findings may help agricultural companies develop seed treatments using M6 to protect more susceptible and widely grown crops such as corn and wheat against the fungus.

Farmers spend tens of millions of dollars fighting crop diseases such as Fusarium.

U of G has licensed the lab’s results to an agricultural startup company for potential use in those crops. The microbe is now being tested in Canadian corn and wheat.

The team found that M6 also protects against other fungi.

He said the study shows the importance of indigenous farming knowledge and practices. “These crops should be explored and valued.”

This research was funded by Grain Farmers of Ontario, the Ontario Ministry of Agriculture, Food and Rural Affairs, the Natural Sciences and Engineering Research Council, and the International Development Research Centre and Global Affairs Canada.