Farmers are among the most vulnerable when it comes to mental health, according to a new study from the University of Guelph.

Stress, anxiety, depression, emotional exhaustion and burnout are all higher among farmers than among other groups, early findings of the survey show.

As well, Canadian farmers are more stressed than those living and working elsewhere.

Prof. Andria Jones-Bitton, a professor in the Department of Population Medicine, analyzed more than 1,100 responses nationwide to an online stress and resilience survey, conducted on agricultural producers from September 2015 to this past January. 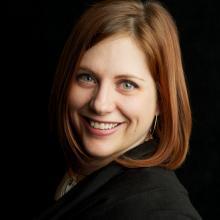 “Some of the producer comments leave little doubt about the impact their job and culture is having on them,” Jones-Bitton said.

“One said, ‘We are not invincible, but we feel we must be.’ Another said, ‘What makes me the most upset is that I have everything I dreamed of – love, family and a farm – and all I feel is overwhelmed, out of control and sad.’”

The survey found 45 per cent of survey respondents had high stress. Another 58 per cent were classified with varying levels of anxiety, and 35 per cent with depression.

Other signs of mental health problems revealed by the survey are equally concerning, she added.

For example, significant numbers of farmers had high levels of emotional exhaustion (38 per cent) and cynicism (43 per cent).

And resilience, popularly believed to be a strength among producers, is lower among two-thirds of the respondents than it is among a comparative U.S. population.

Indeed, in agriculture, a stigma is associated with mental health treatment, Jones-Bitton said.

So it follows that the survey showed 40 per cent of respondents said they’d feel uneasy getting professional help “because of what people might think.”

Another 31 per cent said seeking professional help could stigmatize a person’s life. Fewer than half believe there is adequate mental health support from the industry.

At the same time, more than three-quarters of those surveyed said professional mental services can be helpful in times of struggle, and almost as many said they would seek out such help.

Jones-Bitton sees that as good news. She is building a team of producers, industry representatives, veterinarians and mental health professionals to create, deliver and evaluate a mental health literacy training program for farmers.

This program would train people to recognize and respond to mental distress, and reduce stigma around mental health issues in Ontario’s agricultural sector.

“We need to do something,” she says. “Farmers want help, and we’re going to find ways for them to receive it.”

Jones-Bitton and the Ontario Veterinary College AWAR2E group – an acronym for Advancing Wellness and Resilience in Research and Education — started out studying mental health among veterinarians. The scope grew as it became clear producers also had issues.