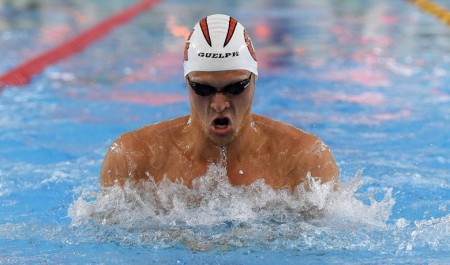 Gryphon swimmer Evan Van Moerkerke is on his way to the 2016 Olympic Games in Rio this summer.

Van Moerkerke, a fourth-year student, earned a spot on the 400m freestyle relay team during the Canadian Olympic trials held in Toronto earlier this month.

He also qualified for the 2016 world short course championships taking place in December in Windsor.