How local and Canadian farmers will be affected by the Trans-Pacific Partnership (TPP) trade deal will be the focus of the inaugural George Morris AgriFood Policy Lecture on March 11.

Hosted by the Department of Food, Agricultural and Resource Economics at the University of Guelph, the session will include a keynote address from University of British Columbia (UBC) professor Rick Barichello and a panel discussion. It takes place from 1 to 2:30 p.m. at Cutten Fields, and is free and open to the public. 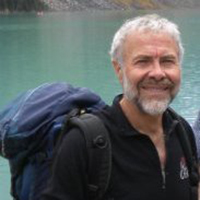 Organizers have been planning this event since the George Morris Centre (GMC), an agri-food think tank, dissolved in late 2014 and transferred its assets to U of G’s Ontario Agricultural College.

“This is the first in what will be an annual lecture series, designed to raise public awareness and generate discussion on timely issues in the agrifood sector, both locally and across Canada,” said Prof. John Cranfield, department chair.

“We feel this annual lecture series will preserve the legacy of George Morris. This legacy is one which places a great deal of attention on an informed, evidence-based policy discussion that helps the industry compete in the global marketplace.”

Barichello has taught and conducted research in UBC’s Food and Resource Economics Group on trade and agricultural policies, Canadian dairy and poultry quota markets, and world food markets. He has taught in various countries, including Singapore, Indonesia, Vietnam, China, Korea, Poland and Ethiopia.

The TPP, signed by Canada in 2015 along with the United States and 10 other countries, has potential implications for Canadian farmers.

“Many in the Canadian agricultural and food sectors have interest in what TPP could mean for them. With his extensive international experience, Professor Barichello will be able to provide insight into what this trade deal means for the agri-food sector as a whole,” said Cranfield.

“We feel discussing this important issue is a strong way to begin this lecture series, will be meaningful to many, and will honour the legacy of George Morris.”