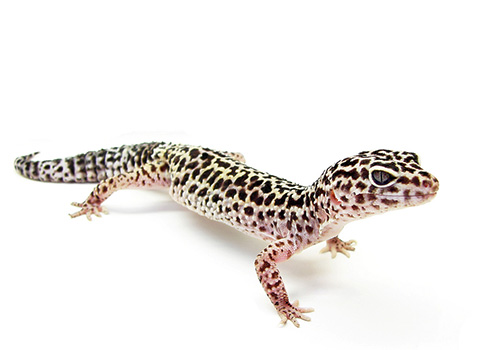 Photo by Matt Reinbold used under CC BY 2.0.

Biomedical sciences professor Matt Vickaryous says he doesn’t study geckos, despite having a laboratory full of them.

“I study regeneration and wound healing, and geckos are the model we use to study these phenomena,” he explains. A U of G faculty member since 2008, Vickaryous recently received a five-year grant from the Natural Sciences and Engineering Research Council of Canada (NSERC) to continue his studies.

Geckos can regenerate tissue and heal without scarring, and Vickaryous wants to understand how they do it. A better understanding of this process could help researchers find ways to improve the healing process in humans.

In the wild, the gecko’s long tail can be released if a predator grabs it, allowing the gecko to escape. The tail breaks off along a fracture plane in the middle of a vertebrae, and the gecko appears to be able to determine where that break will be — whether it wants to give up a little bit of its tail or a lot of it. When the tail detaches, there is very little blood because the muscles around the blood vessels squeeze to stop the blood flow. The separated tail moves around all on its own, distracting the predator. Over the next month, a new tail spontaneously grows.

Vickaryous says there are two requirements for regeneration. One is that stem cells are present, which can develop into other cells and replace those that were lost. The other is that the site of damaged tissue — the wound environment — is permissive and allows those stem cells reproduce and grow new tissue.

Vickaryous hopes to learn how the gecko avoids scars and still heal rapidly without excessive fluid loss and infection.

Geckos are also able to regenerate their spinal cords, which extend the full length of the tail. When the tail regenerates, so does the spinal cord. “We have found a population of cells in the spinal cord that are normally quite dormant,” he says. “But when the tail detaches, they become activated and start to proliferate and produce new proteins.”

Vickaryous and his team have also discovered there are areas in the brain that respond to the tail coming off. Similar to the spinal cord cells, some cell populations in the brain become activated following tail loss. They are exploring the role of these cells in the brain with the goal of helping people with spinal cord injuries.