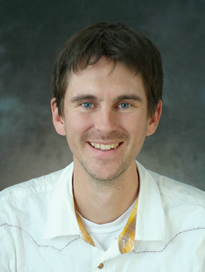 Two University of Guelph professors have been named to a prestigious new college of the Royal Society of Canada (RSC) created to recognize the “emerging generation of Canadian intellectual leadership.”

Geography professor Evan Fraser and integrative biology professor Ryan Norris are among the inaugural cohort of the College of New Scholars, Artists and Scientists named today. Nationwide, 91 scholars were chosen for making exceptional achievements within 15 years of completing their doctoral degrees.  They were selected from a pool nominated by 51 Canadian universities and the National Research Council.

““This is a wonderful honour for Evan and Ryan, and a proud day for U of G,” said Serge Desmarais,
acting provost and vice-president (academic). 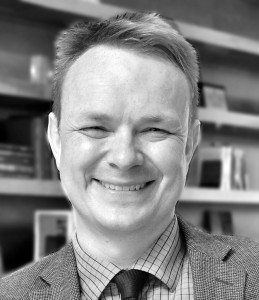 “These researchers represent the incredible level of talent at this University, a generation of emerging scholars whose work is changing how we look at our world and helping us make it better.  Ryan’s research in animal migration and Evan’s work in global food security are helping advance their respective fields and inspiring future innovators and educators.”

Fraser joined U of G in 2010 as the Canada Research Chair in Global Human Security. He co-wrote the book Empires of Food: Feast, Famine and the Rise and Fall of Civilizations. A sought-after expert and consultant on global food issues, he heads “Feeding Nine Billion,” a project using new media to spark discussion about feeding the Earth’s ballooning human population.

“This award is exciting for a number of reasons,” Fraser said. “In particular, it is an endorsement of the important research program that I and my colleagues are working on. Maintaining global food security over the next generation is one of humanity’s greatest challenges, and this is the topic that a large number of us are trying to better understand.“

He said it’s rewarding to be acknowledged for efforts that fall outside of traditional academic disciplines.

“This demonstrates that our collective efforts to create online content for the public and practitioners is being noticed and appreciated by our scholarly colleagues. I would like to thank graduate students, colleagues and the University for supporting a research program that I have the honour to be a part of.”

Norris, a U of G faculty member since 2006, is an ecologist and University Research Chair who studies the behaviour, population dynamics, conservation and evolution of migratory animals. He looks at the effects of climate change and habitat loss on a variety of animal populations in temperate and tropical areas.

Among his pioneering studies of bird and butterfly migration, he has mapped the route of monarch butterflies between their Mexican wintering grounds and Canada and a number of other long-distance migratory birds. Most recently, he found that habitat loss on U.S. breeding grounds is the main cause of monarch population declines in eastern North America.

“Being selected as one of the inaugural members of this new college is both inspiring and invigorating,” Norris said.

“From the earliest days of my academic career, I have held the Royal Society of Canada in very high esteem, and I am deeply honoured and excited to join such a diverse and productive gathering of peers.  Over the following years, I am looking forward to many stimulating collaborations, explorations and debate, while working towards the continued expansion of knowledge.”

Founded in 1882, the Royal Society of Canada is the country’s oldest and most prestigious scholarly organization. The new college is intended to bring together scholars “at a highly productive stage of their careers” to promote interdisciplinary interaction and understanding.

Members are named for seven years. The inaugural cohort will be inducted at the annual general meeting in Quebec City in November.