Two teams with ties to U of G are competing for the People’s Choice Award in the David Suzuki Foundation’s Future Ground Prize competition. 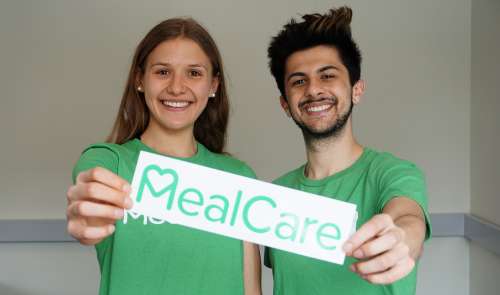 The competition highlights citizen-led initiatives in Ontario that have benefited the environment and local communities. Voting for the People’s Choice Award is open online until June 16.

MealCare Guelph is an organization that collects leftovers from U of G’s award-winning food outlets on campus for donation to charitable organizations around Guelph. 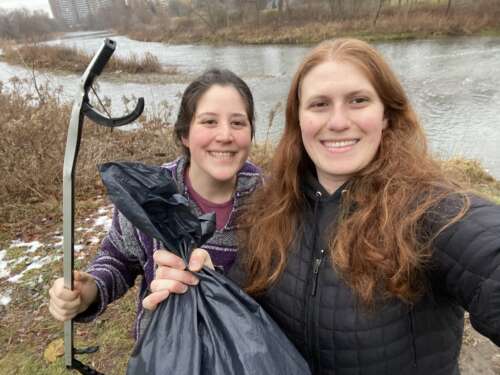 U of G grads Justine Ammendolia (left) and Jacquelyn Saturno.

In spring 2020, U of G grads Justine Ammendolia and Jacquelyn Saturno noticed a lot of personal protective equipment (PPE) littering their Toronto neighbourhood. They collected the litter and used a Marine Debris Tracker app to log more than 6,000 items of PPE that would otherwise have entered sewer systems and washed into rivers and lakes. Their Tracking PPE Litter initiative now includes citizen-scientists in several cities.

Winners of the People’s Choice Award get a cash prize and the opportunity to present their project virtually to David Suzuki and the public.

Vote for your favourite People’s Choice Award entrant on the Future Ground Prize website by June 16.