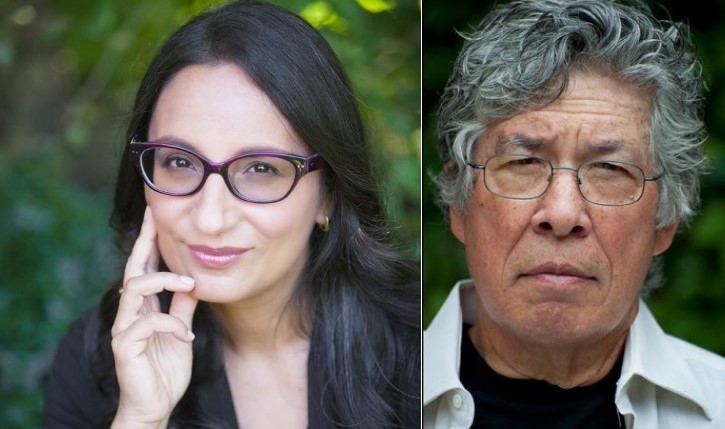 Two University of Guelph professors are among the finalists for the 2020 Governor General’s Literary Awards. The winners will be announced on June 1.

Dr. Madhur Anand, a professor in the School of Environmental Sciences, is nominated in the non-fiction category for This Red Line Goes Straight to Your Heart: A Memoir of Halves. Dr. Thomas King, College of Arts professor emeritus, is nominated in the fiction category for Indians on Vacation. He previously won a Governor General’s Award for his 2014 novel, The Back of the Turtle.

Indians on Vacation tells the story of an Indigenous couple who, inspired by century-old postcards, travel through Europe to trace the life of a long-lost relative. The book is also a finalist for the Writers’ Trust Fiction Prize and long-listed for the Giller Prize.

Anand’s This Red Line Goes Straight to Your Heart: A Memoir in Halves is an experimental memoir focused on immigration and storytelling through generations and is rooted in the themes of partition and divide. The book is written in two halves, with the point of view and story in the first half alternating between the author’s mother and father. The story in the second half is the author’s and is told in first person.

As a professor, King specialized in Indigenous literature, creative writing and American literature. His works of fiction include Medicine River, Truth and Bright Water and One Good Story, That One. His non-fiction work The Inconvenient Indian: A Curious Account of Native People in North America (2012) won the 2014 RBC Taylor Prize. Born in California, King is of Cherokee descent.

Anand’s first collection of poems, A New Index for Predicting Catastrophes (2015), was nominated for a Trillium Book Award. She was born in Thunder Bay, Ont.

An internationally known ecologist, Anand studies the impact of globalization and climate change on ecosystems. She is the director of U of G’s Guelph Institute for Environmental Research. Her COVID-19-related research, including studies of daily coronavirus counts in the Greater Toronto Area and vaccination prioritization, has been widely covered, including stories in the New York Times and Toronto Star and on CBC News.

Guelph author Eric Walters is nominated for a Governor General’s Award in the young people’s literature category for The King of Jam Sandwiches.