It’s been a challenging year for Canadian growers and food makers, which is why University of Guelph food laureate Anita Stewart says we need Food Day Canada more than ever.

Stewart is the founder of Food Day Canada, an annual event held on the first Saturday of August to celebrate our country’s vast food scene – from the growers, to the chefs, to the home cooks who buy and eat Canadian.

The day is a chance to thank our food producers, reflect on the diversity of foods our country grows – and brag about it on social media using the hashtag #FoodDayCanada.

“This year, the theme is about gratitude to our farmers, ranchers, fishers, winemakers — everyone who produces so much good food for us and who helps to keep food on our tables,” said Stewart. “This year, let’s show our thanks online using the #FoodDayCanada hashtag.”

U of G has been involved with the event since its inception in 2003. That was the year Stewart helped organize the “World’s Longest Barbecue” in support of Canadian beef growers who were struggling with the U.S. border closure prompted by a case of mad cow disease in Alberta. 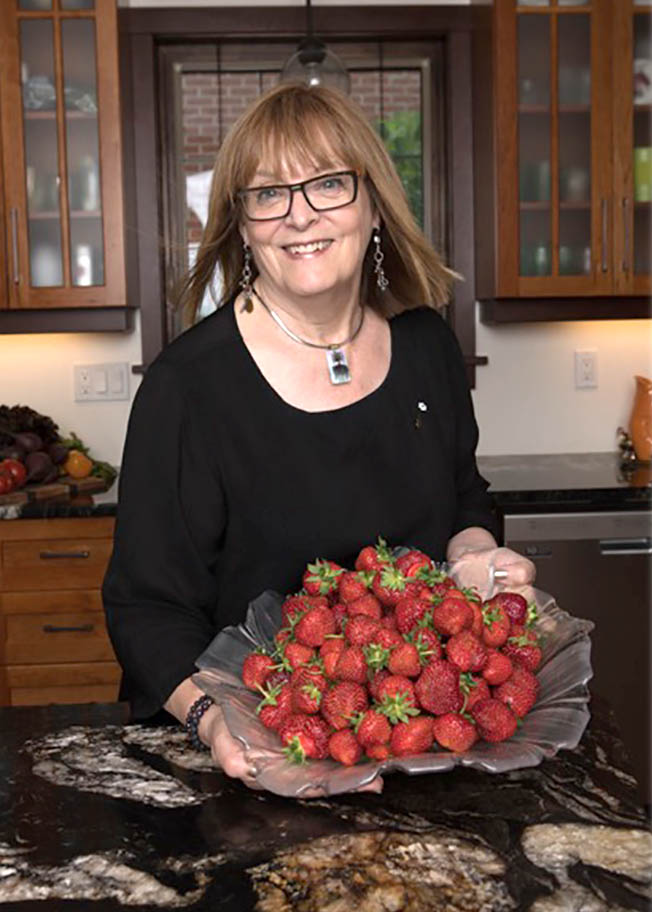 Food Day Canada became a nationwide event 10 years ago, held every year on the August long weekend, when so many Canadians gather for feasts of locally harvested food.

Though 2020 has been an unusual year, little is different for Food Day Canada. The event has always been virtual, born out of Stewart’s vision and supported by a grassroots movement of like-minded chefs, farmers and home cooks.

To spread the word, Food Day Canada organizers are recruiting support by enlisting more than 25 buildings and landmarks across the country to light their structures in the colours of Canada, in honour of our farmers, fishers, ranchers and chefs.

The list includes Niagara Falls and the CN Tower, as well as Guelph City Hall, the Elora Gorge, the bridges of downtown Fergus and Johnston Hall on the U of G campus. In Yukon, Air North will illuminate one of its 737s on the tarmac and display an array of northern Canadian foods.

U of G’s Ontario Agricultural College is celebrating by highlighting Canadian ingredients and recipes on the @UofGuelphOAC Twitter feed and Facebook page.

Canadians are encouraged to show their thanks by heading to their local farmer’s market and choosing Canadian-grown foods, cooking a meal with Canadian ingredients and telling the world about our country’s fine food by using #FoodDayCanada on social media.