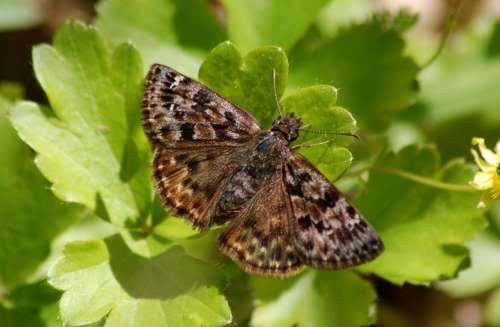 Restoring an endangered butterfly species that has nearly vanished from Ontario is the goal of a new University of Guelph research project that has received $825,000 in federal funding.

Under the five-year project, U of G biologists aim to reintroduce the mottled duskywing to two locations in southwestern Ontario. The team hopes to reverse the effect of habitat loss from human development that has left the insect clinging to a sliver of its former range across the province.

“If it works, it will be a big achievement,” said integrative biology professor Ryan Norris, adding that he hopes the project will also yield insights about restoring other threatened creatures. “There’s never been a butterfly successfully reintroduced in Ontario.”

The project will be supported by a Natural Sciences and Engineering Research Council Alliance Grant, intended to foster university research collaborations with industry or non-profit partners. U of G will work with Natural Resource Solutions Inc. (NRSI), a consulting company based in Waterloo, Ont., and other partners. 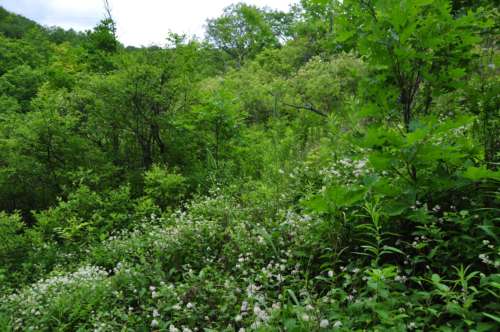 Named for yellow and brown spots on its hind wings, the mottled duskywing was declared endangered in Canada in 2012. Once common across southern Ontario and Quebec and southeastern Manitoba, the species declined as human development decimated its preferred oak savannah and tallgrass prairie home.

It’s estimated that oak savannah once covered more than 200,000 hectares of southwestern Ontario, said Norris. Today, less than one per cent of that ecosystem likely remains. The mottled duskywing now lives in only a few pockets in the province, including populations near Peterborough and around Oakville.

As its habitat has dwindled, this non-migratory butterfly relies on two plants – New Jersey tea and prairie redroot – that have declined with it. The plants have also been choked out by invasive plant species.

“It’s got a real problem,” said Norris, who also studies threats to the more charismatic monarch butterfly that relies solely on milkweed. “Unlike the monarch, where milkweed can grow anywhere, this butterfly species is restricted by where its host plant grows.”

Under the newly funded project, biologists aim to learn more about how many individual butterflies live in Ontario and their movements and survival rates. 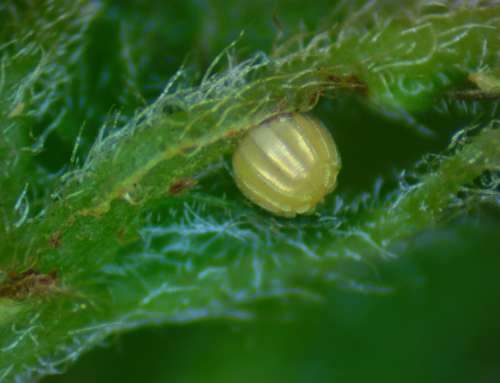 Working with experts at the Cambridge Butterfly Conservatory in Cambridge, Ont., the team has developed a captive breeding and rearing program for the insects. That step can be a major hurdle for butterfly restoration efforts, said Norris.

Referring to other attempts, he said, “A lot of projects get stalled with captive rearing. They often won’t even lay eggs in captivity.”

In 2019, the conservatory successfully raised almost 500 larvae from females collected around Marmora, Ont.

The team returned the larvae, pupae and adults reared to that location after the trials. “There’s a stable population at that site,” said Jessica Linton, NSRI senior biologist, who wrote the province’s recovery strategy for the species in 2015. 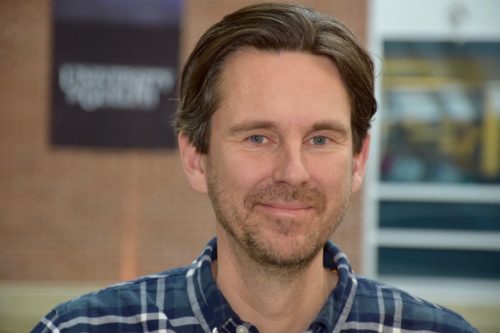 Under the project, the butterfly will be reintroduced to Pinery Provincial Park on southern Lake Huron and to Norfolk County on Lake Erie. The latter site is owned by the Nature Conservancy of Canada (NCC), one of Canada’s largest land conservation groups. Last year, Norris was named as the Weston Family Senior Scientist with the organization.

Historically, Pinery and large areas in Norfolk County were heavily planted with pine trees that eliminated the original oak savannah and tallgrass prairie ecosystem. Both areas had also been sprayed with pesticide to control gypsy moths, a practice that Norris said probably also harmed the mottled duskywing. 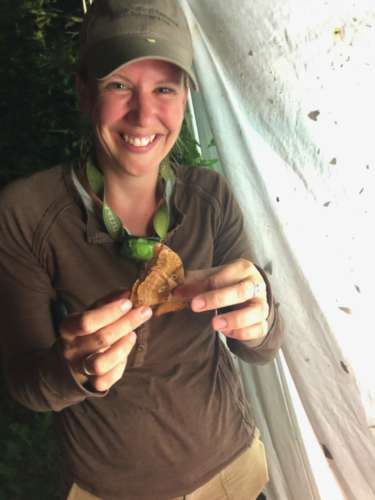 Pinery has undergone extensive management over the last 30 years to restore oak savannah and control white-tailed deer, a species that can decimate larval host plants. Lands in Norfolk County have recently been restored from farm fields and are now being managed to maintain the needed mix of plants, including New Jersey tea and prairie redroot.

Norris said it’s important to show that we can maintain human land uses such as agriculture while protecting species and habitats.

Pointing out that other butterfly species have been extirpated in the same areas of Ontario, he added, “This project would set an encouraging example that we can restore land and also restore species there.”

Other project partners are Wildlife Preservation Canada and Western University. The initiative has also received funding from The W. Garfield Weston Foundation and Lambton Wildlife Inc.