Prof. Mike von Massow, a food economist in the Department of Food, Agricultural and Resource Economics, discussed challenges facing farmers during the pandemic, such as a shortage of workers. He also addressed what’s behind food shortages and why so many grocery stores have struggled to keep up with demand as Canadian eat more often at home.

He recently spoke to The Canadian Press, the National Post and CBC News Network about similar topics.

Listen to Prof. von Massow speak with CBC Radio below: 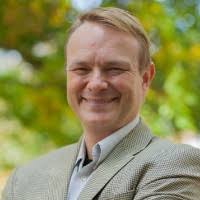 Prof. Evan Fraser discussed why food distribution systems are struggling to adjust to a new reality in which almost everyone is eating at home. He too looked at challenges farmers will face into summer, as well as the increased demand on food banks by those thrown out of work.

Fraser said he has been surprised at how well the industry has adapted and is confident that despite the disruptions, companies and organizations will continue to find solutions.

He is the Canada Research Chair in Global Food Security and researches food security and farmer behaviour under globalization and climate change.

Listen to him speak with CBC Radio below.