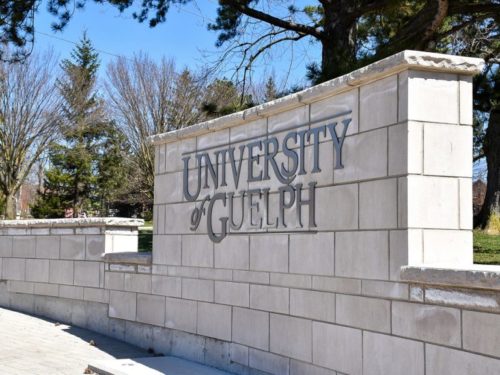 Funding for eight genomics projects across Ontario – including seven initiatives led by U of G researchers – worth a total of $2.95 million was announced today in Toronto by Bettina Hamelin, president and CEO of Ontario Genomics, and in Guelph at the annual general meeting of the Agricultural Adaptation Council (AAC).

“Genomics technology and innovation is absolutely critical for the continued growth of Ontario’s agriculture and agri-food sector,” said Hamelin. “By bringing industry and researchers together, these eight projects will create more jobs, keep Ontario competitive and provide amazing growth opportunities for Ontario’s farmers and our rural economy.”

The projects announced today will receive a total of $1.95 million from the AAC and Ontario Genomics through Genome Canada, as well as industry contributions worth $975,000. The funding will support proof-of-concept stage projects using genomics technology to address specific challenges and opportunities in Ontario agriculture and agri-food, to create jobs and to grow the provincial economy.

AAC chair Kelly Duffy said, “Agri-food companies and organizations from across Ontario have identified challenges and partnered with academic research teams to help advance genomics research and drive implementation for genomics-based solutions. The Ontario agri-food sector is well positioned for growth, and these successful industry-academic partnerships will help create new opportunities that will benefit the entire sector.”

U of G will receive $2,566,751 for projects led by researchers in the Ontario Agricultural College, the Ontario Veterinary College and the College of Biological Science.

“As Canada’s food university, the University of Guelph is absolutely delighted by this phenomenal support from Ontario Genomics,” said Malcolm Campbell, vice-president (research).

“This support will reinforce the University of Guelph’s tremendous agri-food sector partnerships to generate discoveries and innovations that will improve life in this province and well beyond. Our world-class genomics researchers are turning ideas into solutions to feed people in healthy, safe and sustainable ways.” 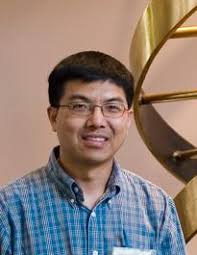 Prof. Ray Lu, Department of Molecular and Cellular Biology, will use his $480,001 award to refine novel technology developed in his lab to help pig breeders identify lower-stress sows.

From among 300,000 breeding sows in Ontario, 15 per cent of piglets currently do not survive to weaning. Half of those piglets – or about 650,000 animals – die each year from crushing or savaging by sows, meaning a $12.9-million loss to the Ontario pork industry each year as well as animal welfare concerns, said Lu.

He said reducing those losses even by 10 per cent “would bring about $1.3 million in savings to the Ontario pork industry annually and would represent an improvement in animal welfare, which has become increasingly important for the growth and sustainability of the pork industry.”

Lu said he aims to produce a prototype gene chip for DNA markers that will enable breeders and farmers to identify sows less likely to harm piglets.

He works with Alliance Genetics Canada, one of the largest breeding companies in Canada and a co-leader of this newly funded project, along with their collaborator, the Canadian Centre for Swine Improvement.

Other U of G projects to receive funding are as follows:

ON-RP3 is a regional program that follows key recommendations from a 2018 Ontario Genomics report called Genetics for Agriculture and Agri-Food: Ontario’s Strategic Opportunity. That report involved consultations with numerous stakeholders, including U of G.