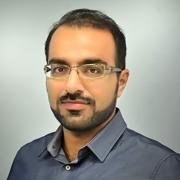 Prof. Ali Dehghantanha, the director of Cyber Science Lab in U of G’s School of Computer Science, spoke to CBC Nova Scotia about the ongoing problem of malware being embedded into cellphone apps available on app stores.

Dehghantanha said the malware on app stores these days is complex and well-crafted and malicious programs can easily escape detection.

He advised app store users to pay attention to apps that continuously crash or have technical problems because that can indicate they have become malware. They should also be wary of apps that requests access to too many of the camera’s utilities.

Dehghantanha is the head of a new graduate degree in cybersecurity and threat intelligence. His research is directed toward building AI agents for active threat hunting in Internet of Things (IoT) products. He also researches cyber forensics and anti (online) money laundering.