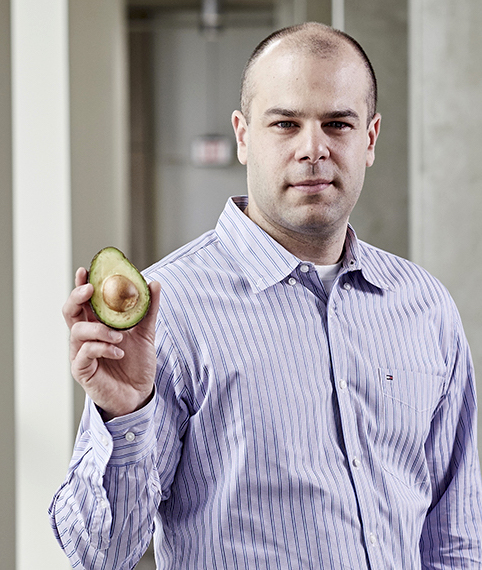 University of Guelph food scientist Paul Spagnuolo is featured in the latest issues of Edible Toronto and Edible Ottawa discussing his ongoing research into new leukemia treatments using an ingredient in avocados.

Spagnuolo told the magazine about the family tragedy that drives his research, his multidisciplinary background and training, and what drew him to the growing food science sector of “nutraceuticals” — pharmaceuticals derived from food.

He and researchers in U of G’s Spagnuolo Lab have studied a key fat molecule in avocados called avocatin B, which shows promise for treating acute myeloid leukemia.

Avocatin B has already been shown to kill leukemia cells and leukemia stem cells. Spagnuolo and his colleagues now hope to develop the molecule into a drug to work with other chemotherapy medications.

Their work is part of a four-year, $200,000 study funded by the Ontario Institute for Cancer Research under its Transitional Research Initiative, which brings together researchers to develop Ontario innovations for treating cancer.

Spagnuolo joined U of G’s Department of Food Science in 2016 from a faculty appointment in the School of Pharmacy at the University of Waterloo.