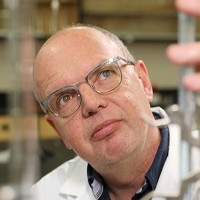 U of G’s Prof. Keith Warriner, a microbiologist specializing in food safety, has been speaking to the media about the latest outbreak of E. coli linked to romaine lettuce.

Warriner, a professor in U of G’s Department of Food Science, appeared on CBC Health on Dec. 1 and CBC’s The National on Nov. 23. He was also interviewed by CBC News on Nov. 21 and appeared in The Globe and Mail, CTV News, Global News, MSN and Chatelaine.

Warriner said the strain, E. coli O157, is particularly virulent and sickens people more often than other strains. He said this E. coli strain was also behind major outbreaks last year, meaning the problem was never resolved at the source.

Warriner studies food safety in the meat processing and the fresh cut sectors. Besides learning about emerging pathogens, his research team has developed intervention technologies, including biosensors to detect food-borne hazards. Warriner received the Agri-Food Innovation of Excellence for 2017.