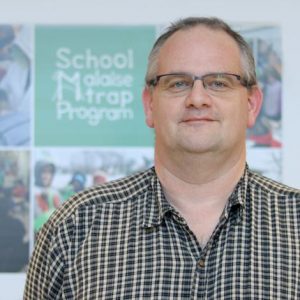 The Senate’s push to move a bill to the House of Commons that would ban the import and export of shark fins to and from Canada is making headlines, appearing Oct. 8 in the Toronto Star.

“As a rather large importer of shark fins, Canada would send a strong signal to other countries and hopefully trigger similar responses elsewhere,” said Steinke.

“Studies such as our own have repeatedly shown that at least half of the fins in retail markets come from species of conservation concern,” he said.

In a 2017 study using cutting-edge DNA barcoding technology, Steinke found 71 per cent of dried fins and gills collected from markets and stores came from species listed as at risk and therefore banned from international trade.

Published in Scientific Reports, the study involved collecting 129 market samples in Canada, China and Sri Lanka representing 20 shark and ray species. Twelve of those species, including whale sharks, were listed as protected and illegal to trade under the Convention on International Trade in Endangered Species.

“Of course, an import ban of shark fins can just be the beginning as large parts of the shark product industry are equally unsustainable. There is a need for more consumer awareness as shark meat is used in a lot of products ranging from pet food to cosmetics,” he said. “We know very little about the sources, let alone if meat was obtained in a sustainable way. Consumers need to be equipped with everything they need to make informed decisions about products they buy.”