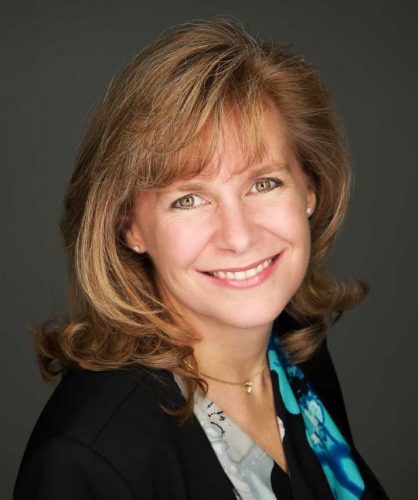 “This is a wonderful opportunity for Karen,” said Daniel Atlin, vice-president (external). “While we are sorry to see her go, this is a prestigious new position for her and a positive reflection on U of G.”

In making the announcement, Atlin commended Bertrand’s success at U of G, including contributing to the $200-million BetterPlanet Project campaign and overseeing major gift fundraising efforts, stewardship and donor relations. The value of major gifts tripled during her tenure.

“I know the U of G community will join me in wishing Karen all the best in her future endeavours,” Atlin said.

Before joining U of G, she worked for the Heart and Stroke Foundation of Ontario for 11 years.

Bertrand earned a bachelor of arts degree at Queen’s University in 1994.

“It has been an extraordinary privilege to work for the University of Guelph for the past 12 years,” she said.

“While I look forward to continuing to support the advancement of education in my new capacity, I will genuinely miss the colleagues, alumni and donors I have met during my time at U of G.”