A University of Guelph history professor was named today as a Fellow of the Royal Society of Canada (RSC), Canada’s top senior honour for an academic. 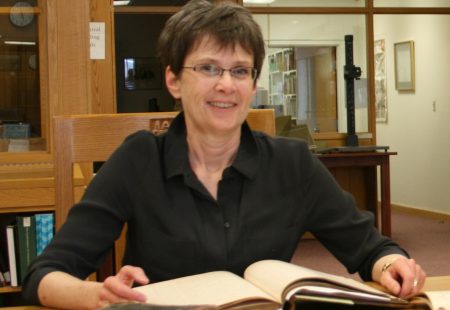 Catharine Wilson was recognized for opening new avenues of research into rural Canadian history. She is one of 89 Fellows selected from nearly 500 candidates this year.

“I feel humbled and very happy to be elected into such a distinguished group of scholars and artists,” said Wilson, who has written articles and book chapters on Canadian history.

“Until fairly recently, most people in Canada were rural, yet we know very little about them. This honour acknowledges the importance of their complex daily lives in the 19th and early 20th centuries as understood through their own words and actions, not the often critical or romantic impressions provided by others.”

She said the RSC honour recognizes the importance of new forms of public engagement, such as the Rural Diary Archive website.

On the website, people can preserve and transcribe old farm diaries into text.

Previously, Wilson was honoured by the Champlain Society, the Canadian Historical Association and the Ontario Historical Society.

“Catharine Wilson is a leading expert in Canada in understanding a vital part of our nation’s history,” said Charlotte Yates, provost and vice-president (academic).

“Developing knowledge on early settlement in Canada and pioneer life is challenging work due to a lack of literature in this field. However, it is crucial to learn how Canada became the country it is today. Catharine has proved herself to be a determined leader in expanding our knowledge of Canadian history.”

With more than 2,000 Fellows, the RSC promotes learning and research in the arts, the humanities and the natural and social sciences.