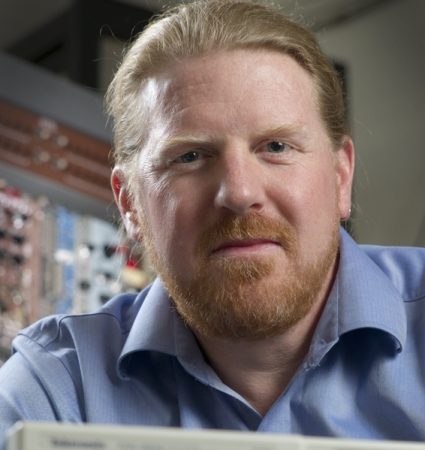 The University of Guelph has received nearly $19.2 million from the Natural Sciences and Engineering Research Council (NSERC) to support the work of 82 faculty, researchers and students.

The awards were announced today in Victoria, B.C. by Kirsty Duncan, federal minister of science. Across Canada, the government will provide $515 million to support fundamental research by engineers, scholars, scientists and students.

In all, U of G received funding for 64 researchers spanning five colleges and numerous departments. Most projects are supported for five years. The University also received 18 graduate scholarship and fellowship awards, worth a total of more than $1.6 million.

“This significant investment speaks to the University of Guelph’s strengths as a comprehensive research university,” said Malcolm Campbell, vice-president (research).

“Research support announced today ranges from fundamental physics to the functioning of molecules to improving human existence. The outcomes will provide insight and innovations to improve life, and place our researchers at the forefront of their fields.”

The NSERC fellowships and scholarships will help train the next generation of researchers, Campbell added.

Lloyd Longfield, MP for Guelph, added: “I am very proud to represent the Government of Canada in supporting fundamental and applied research, key drivers to increasing Canada’s innovative and economic capacity. By working together and utilizing these strategic investments from NSERC, the University of Guelph will undoubtedly contribute new solutions to some of the planet’s most pressing issues, including climate change.” 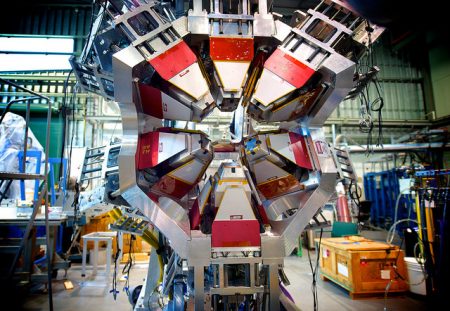 Part of the TIGRESS gamma-ray spectrometer at the TRIUMF facility in Vancouver –photo by S. Rushton

Much of U of G’s funding went to a project headed by physics professor Carl Svensson, who — along with physics professors Paul Garrett and Dennis Muecher and collaborators from five Canadian institutions — received $8.35 million to study rare isotope physics.

The project capitalizes on more than $20-million worth of state-of-the-art gamma-ray spectroscopy equipment designed and constructed by Svensson and his collaborators at TRIUMF, Canada’s national laboratory for nuclear and particle physics research. Researchers use the equipment to probe atomic nuclei and learn about formation of chemical elements.

“We deeply appreciate the support received through the NSERC Discovery Grants program,” Svensson said. “This program is absolutely central to Canada’s fundamental research enterprise across all fields of natural sciences and engineering.”

He said the funding will also support training of Canadian undergraduate and graduate students and post-doctoral researchers.

Among the most potent greenhouse gases contributing to global warming, N2O also destroys stratospheric ozone, which protects the planet from harmful ultraviolet rays. Soil microorganisms in some 8.5 million square kilometres of cropland worldwide produce nitrous oxide that is released during soil thawing.

Earlier this year, Wagner-Riddle published a study showing worldwide emissions of nitrous oxide from agriculture are underestimated by as much as 28 per cent.

She will study ways to better predict agricultural greenhouse gas emissions as well as mitigation strategies, including planting perennial crops, avoiding soil tilling and maintaining soil warmth. Previously, Wagner-Riddle received more than $3.3 million from the federal and provincial governments and industry for her soil research.