Cow antibodies may hold the secret for making novel vaccines against human diseases from gut infections to HIV to cancer, according to a new paper by University of Guelph scientists.

In an advance over existing vaccine technologies, the study found that the team’s engineered antibodies grafted with a microbial antigen improved immune response against a major respiratory disease in cattle, says Prof. Azad Kaushik, Department of Molecular and Cellular Biology. 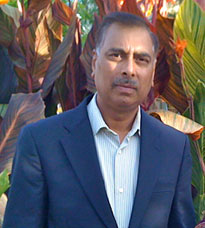 He says the finding opens the way to manipulating the antibody for use in developing vaccines against disease-causing pathogens in humans.

The paper appeared recently in the journal Molecular Immunology. Lead author is Yfke Pasman, formerly a PhD student at Guelph.

Earlier, the team discovered that cow antibodies sporting a novel “knob and stalk” structure are among the largest in nature.

In the new study, they found that genetically manipulated antibody fragments triggered an immune response against bovine herpes virus, an important pathogen in cattle. The virus causes respiratory disease, affecting cattle health and hampering agricultural trade with other countries.

“It’s a major problem in North America,” said Kaushik. An existing vaccine fails to protect cattle against a viral flare-up when the animals are stressed.

The Guelph team grafted onto the cow antibody a key portion of the microbial pathogen, and then immunized calves to see its effects. Kaushik said the team found a very high immune response compared to free antigen.

“We have shown we can graft on a viral antigen,” he said. “We could use this structure to make any kind of vaccine. We could modify the structure to develop novel vaccines against cancer.”

Now patenting the technology through U of G’s Catalyst Centre, he hopes to license it for drug companies to develop new therapies against various diseases.