Birds of a feather may flock together, but according to a new study by researchers from Canada and China, people also tend to cheat for others in the same social group without any personal gain.

Researchers from the University of Guelph, Ryerson University and Shanghai University studied how social groups — people who knew each other but would not be considered friends — might cheat on certain tests.

“Cheating happens all the time, whether it’s intentional deceit or it’s perceived to be harmless,” said Ryerson professor Fei Song, one of the study’s co-authors. “Our study demonstrates that sometimes people cheat to help others with whom they have a connection at the expense of third parties who are more socially distant from the cheater.” 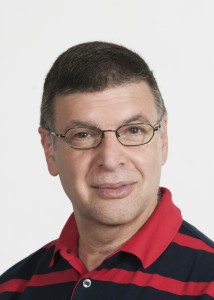 Song and her co-authors, Prof. Bram Cadsby from the Department of Economics and Finance at the University of Guelph and Prof. Ninghua Du of the College of Economics at the Shanghai University of Finance and Economics, asked 900 students from two universities in China to participate in different scenarios of a simple money-allocation task.

The students were divided into two main groups: allocators and recipients. The allocators were asked to divide 50 yuan ($10 CDN) between two students: one from the same university considered to be part of their same social group, and one from the other university who would be an “outsider.”

The allocators were told to either pick from a list of six options on how to split the money or choose the option based on a die rolled privately. But there was a catch: none of the six options allowed the allocator to evenly split the 50 yuan between the two recipients.

The allocators who could select any option had the choice of giving either 0, 10, 20, 30, 40 or 50 yuan to the student from the same university, with the rest going to the recipient from the other university.

As for the allocators who chose the option based on their die roll, the researchers found that 60 per cent of the students tended to cheat and choose options that would favour the recipient from the same university despite the number rolled on the die. The average amount allocated to the student from their university was 28 yuan.

“Such cheating is likely widespread,” said Cadsby. “Students lend their homework to their classmates to copy, organization members lie about the bad behavior of their colleagues to protect them from punishment, skating judges conspire to award points that favor skaters from their own country and companies hire less qualified relatives of current employees.

“Our study examines students from very similar universities and backgrounds. Cheating for others might well be far more likely when one’s own group is in a competitive or hostile relationship with the other group. Loyalty will often trump abstract ethical principles, and a loyal cheater may even be hailed as a hero.”