Adnan Khan will receive the $10,000 prize, awarded each year to an emerging Canadian writer working on a major project. 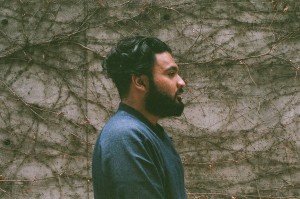 In a press release, Khan said he was honoured to receive the award. “The prize money will provide me the space and time necessary to commit myself to my work. It is humbling to be recognized in a field full of such astonishing talents.”

He will also receive mentoring from Sullivan as he completes the first draft of a book.

Sullivan said selecting a young author was an “onerous, if delightful responsibility. I began to look for a young writer who wrote elegantly, was clearly a reader and was engaged with significant obsessions. Adnan Khan, having already crafted his own voice and so ready to interrogate himself and our culture, seemed the perfect choice.”

Catherine Bush, coordinator of U of G’s master of fine arts in creative writing program, said, ”This is a great honour and we couldn’t be happier for Adnan, who has also recently been nominated for a National Magazine Award for his essay “Our Brownness Does Not Belong Here.”