For the second year in a row, New York City will get a taste of Guelph and Canada from a University of Guelph chef and winners of U of G’s Good Food Innovation Awards.

Vijay Nair, U of G’s executive chef, is part of a team of chefs who will cook at the James Beard House in New York’s Greenwich Village May 26.

Anita Stewart, U of G’s food laureate and founder of Cuisine Canada and Food Day Canada, will spearhead this event once again.

The James Beard House is a performance space for visiting chefs to showcase their work, with proceeds supporting the non-profit James Beard Foundation. The Foundation supports events and programs including food industry awards, an annual national conference and scholarships.

Chefs are chosen by a committee based on reputation and excellence and on their use of high-quality seasonal and/or local ingredients.

U of G’s visit to the Beard House in May 2015 marked the first time that a university was invited to cook there.

This year’s menu will feature ingredients developed by U of G. They will include the Yukon Gold potato, to be served with cured goose egg as an hors d’oeuvre.

This year marks the 50th anniversary of the potato bred by Gary Johnston, which is considered one of the University’s signature achievements. Last year, the Council of Ontario Universities named it among the top five Ontario innovations developed in university research over the past century.

Also on the menu are Yeti white kidney beans, which will be pureed and combined with birch syrup and soy to make a “University of Guelph shooter.” The Yeti variety was developed by the U of G bean breeding program led by Prof. Peter Pauls and technician Tom Smith, both of the Department of Plant Agriculture.

The beans are a cross between a dark red kidney bean and a white kidney bean obtained from the U.S. National Plant Germplasm System.

Other U of G food items to be included are arctic char and Guelph honey as well as OAC garroy peanuts and OAC 21 barley, both from the Ontario Agricultural College.

Alumni from New York and beyond have been invited to the dinner, along with government officials and U of G friends and officials.

In addition to Nair, chefs taking part in the event are the 2015 winners of U of G’s annual Innovation Awards. The awards are sponsored by Stewart and U of G’s agricultural and business colleges. 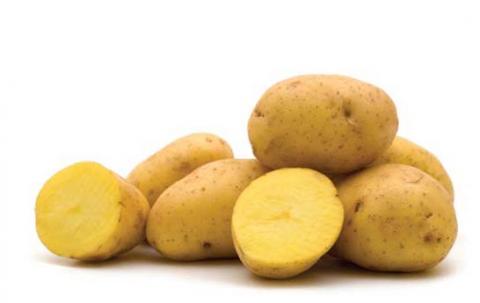